The Wider Caribbean cooperation between the Caribbean Forum of the African, Caribbean and Pacific (ACP) States (CARIFORUM) countries and French Caribbean Outermost Regions (FCORs) and the particular relationship between the United Kingdom (UK) and the Netherlands with the Overseas Countries and Territories (OCTs) as well as between CARIFORUM countries and other regions including Latin America has provided substantial development opportunities. In this context, the European Development Fund (EDF) Caribbean Regional Indicative Programme (CRIP) seeks to address the challenges of the Caribbean ACP countries, following objectives and approaches spelt out in the 2012 Joint Caribbean-European Union (EU) Partnership Strategy and the “Five Year Strategic Plan for the Caribbean Community, 2015-2019” (SPCC). In this regard, CARIFORUM and the EU concluded a Financing Agreement (No FED/2013/24928) for the 10th EDF Wider Caribbean Cooperation Programme in November 2014.

Under the 10th European Development Fund (EDF) Wider Caribbean Cooperation – Regional Technical Cooperation Facility (TCF) Programme Estimate (PE) No.2, PANCAP has been provided with €520,311 for the period 29th September 2017 to 29 April 2019 to continue its work in combating the ills of HIV/AIDS.

Specifically, the funding is target towards strengthening coordination on Human Rights issues through the previous an existing HIV/AIDS Thematic Task Force (TTF). At the Clovis Beauregard Seminar on Regional Cooperation in the Caribbean (November, 2005), it was agreed that task forces would be established in the areas of natural disaster management, HIV/AIDS, trade and investment and interconnection. These task forces were established and have had varying levels of success.

Given the limited success with the HIV/AIDS TTF, it was agreed that the existing PANCAP Policy and Strategy Working Group on Stigma and Discrimination (PSWG) will undertake the role of the HIV/AIDS TTF and will provide oversight for the implementation of the PANCAP Justice for All and Human Rights Roadmap. The overall goal of the PSWG is to advance Human Rights in the context of HIV and support the elimination of stigma and discrimination in the Caribbean.

The Justice for All Project builds and advances earlier initiatives, including the CARICOM/PANCAP/Department for International Development (DFID) Champions for Change Initiative and the Caribbean Regional Dialogue of the Global Commission on HIV and the Law. The UN Secretary General Special Envoy for HIV and AIDS in the Caribbean will lead the process. The 10th EDF project seeks to build on the regional work being conducted by PANCAP by supporting national level activities geared at building capacity of faith leaders and parliamentarians to advance the Justice for All programme and establishing national faith leaders networks and parliamentarians networks and partnerships with national programmes and stakeholders for sustaining their response.

Activities being conducted under the PANCAP component of the 10th (EDF) Programme of Support for Wider Caribbean Cooperation include the following: 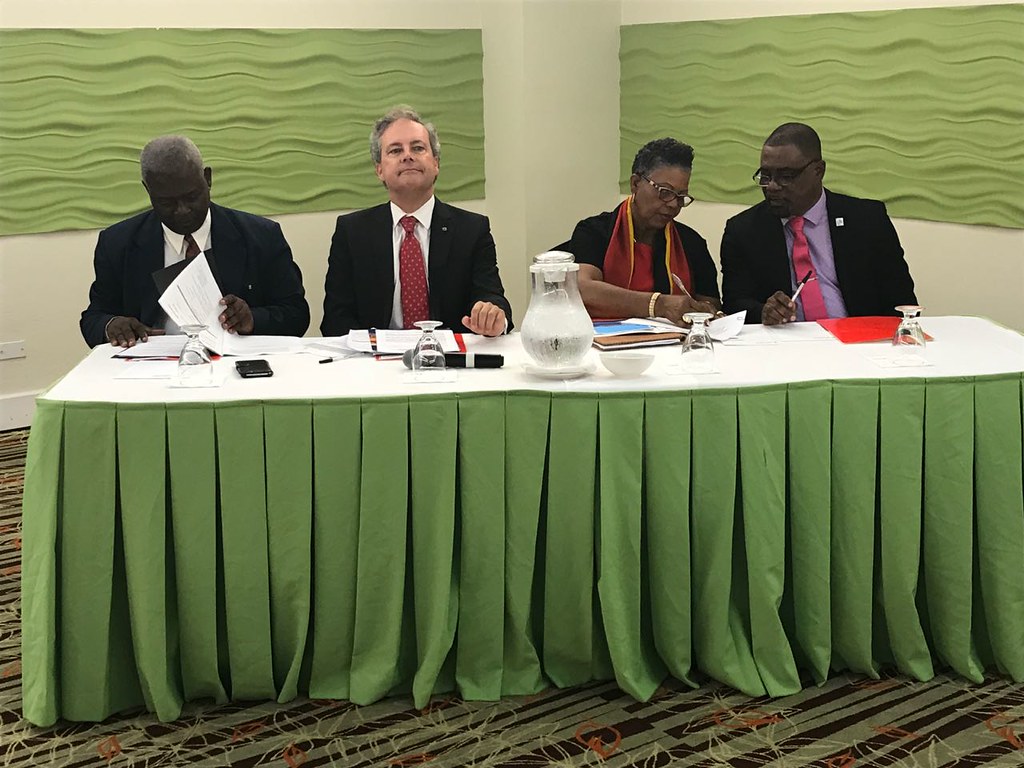