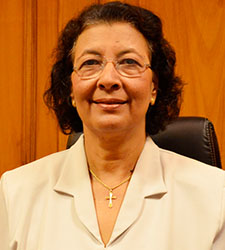 Friday, 19 October 2018 (PANCAP Coordinating Unit, CARICOM Secretariat): The Pan-Caribbean Partnership against HIV and AIDS (PANCAP), with funding from the CARIFORUM 10th European Development Fund (EDF) Programme of Support for Wider Caribbean Cooperation, will host a Parliamentarians Sensitization Forum in Suriname on the 22 and 23 October 2018.

The Forum is part of a series of engagements involving parliamentarians under the PANCAP Justice for All Programme (JFP). Parliamentarians will be sensitized on issues regarding their advocacy role for the elimination of stigma and discrimination, as well as their legislative, representational and oversight roles.

The objectives of the forum are to identify the barriers to achieving the Joint United Nations Programme on HIV and AIDS (UNAIDS) 90-90-90 Targets[1] including stigma and discrimination.  The Forum will also seek to define parliamentarians’ legislative, representational and oversight roles in addressing the barriers to ending the AIDS epidemic.  Participants will also discuss and agree on a timeline for specific actions to be undertaken by parliamentarians.

In an invited comment, H.E. Dr. Jeniffer Geerlings-Simons, Speaker of the National Assembly in Suriname said, “Fundamental rights and liberties for all, Justice and Fairness are common ideals that the people of Suriname strive towards and hold dear. These ideals are underpinned by the values enshrined in our constitution, which include peaceful coexistence, mutual respect, and equality. Our nation, therefore, is one where consideration needs to be given to those who are rendered more vulnerable and/or marginalized, which brings us to a specific quest: work together, across sectors, creeds and other seeming differences and unite to realize the commitments we’ve made as a country, as a partnership, as a region, and as a world. 90-90-90 by 2020 and End AIDS by 2030!”

The Member States of the European Union have decided to link their expertise, resources, and destinies. Together, they have built a zone of stability, democracy, and sustainable development whilst maintaining cultural diversity, tolerance, and individual freedoms. The European Union is committed to sharing its achievements and its values with countries and peoples beyond its borders.