Home › What We Do › Champions for Change
Views: 649
Current

This Initiative has its genesis in the December 2003 Breakfast Meeting between the UK’s Prime Minister Mr. Tony Blair and Heads of Government of the Caribbean Community (CARICOM), and was based on the identification by The Hon. Dr. Denzil Douglas, Prime Minister of St. Kitts and Nevis and Chair of PANCAP, that the issue of stigma and discrimination was a major gap in the Region’s response to HIV & AIDS.

The thrust of Prime Minister Douglas’ presentation formed the underlying justification for the UK’s decision to support CARICOM/PANCAP. In the first instance, research was indicating that stigma and discrimination was emerging as a subsidiary epidemic fuelling the further spread of HIV and AIDS and that among the mechanisms for coping with this dilemma was finding the formula to change behaviour combined with relevant ethical and legal reforms.

The importance of this initiative is further underscored by the fact that stigma and discrimination were not explicitly included in the Caribbean Regional Strategic Framework, even though elements related to law, ethics and human rights formed part of the PANCAP work programme, supported by Canadian International Development Agency (CIDA).

Following up on the UK Breakfast Meeting, the Intersessional Meeting of Heads of Government (February 2004), mandated the Directorate of Human and Social Development, in collaboration with PANCAP, to work with UK/DFID to organise the Conference on Stigma and Discrimination. Subsequently, the RCM/ PANCAP April 2004 established a Planning Committee which in turn was broadened in August 2004 to include a technical group to assist in organising the conference.

Hence, venturing into uncharted waters, the Conference (November 2004), the first of its kind in the Region, was organized as a brainstorming, agenda-setting activity, bringing together a cross section of stakeholders including parliamentarians; policy makers in the fields of education and health; representatives of youth organizations, faith based organizations, the private sector and civil society; sport and cultural icons and PLWA. 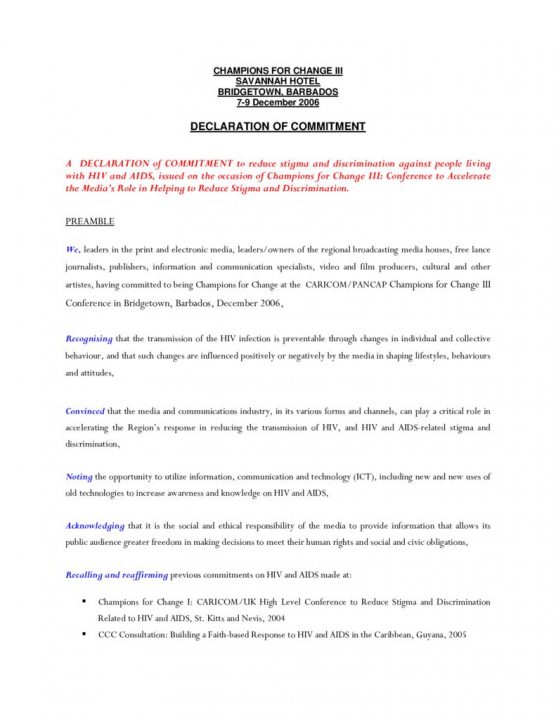 A Declaration of Committment Champions for Change III 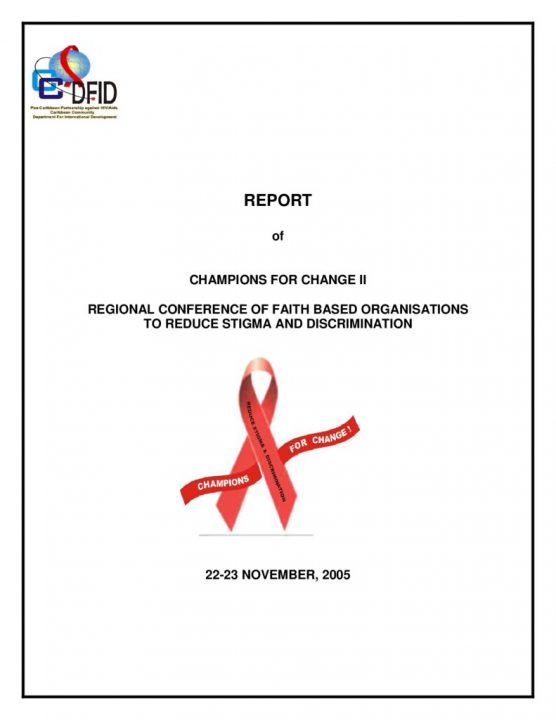 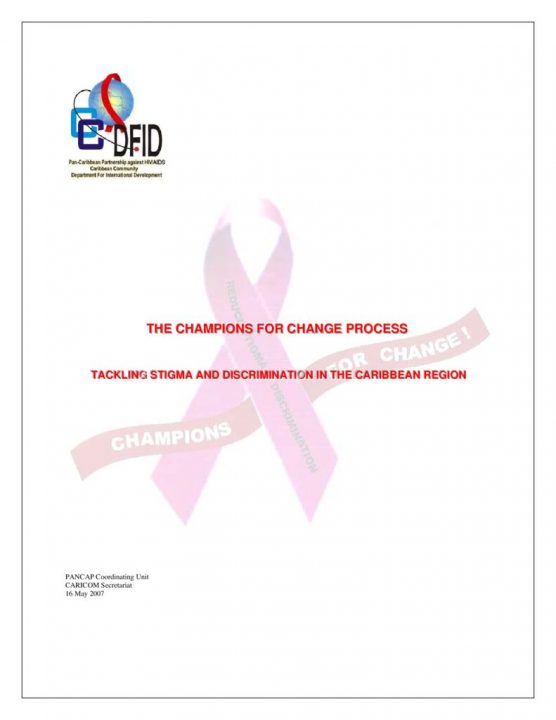 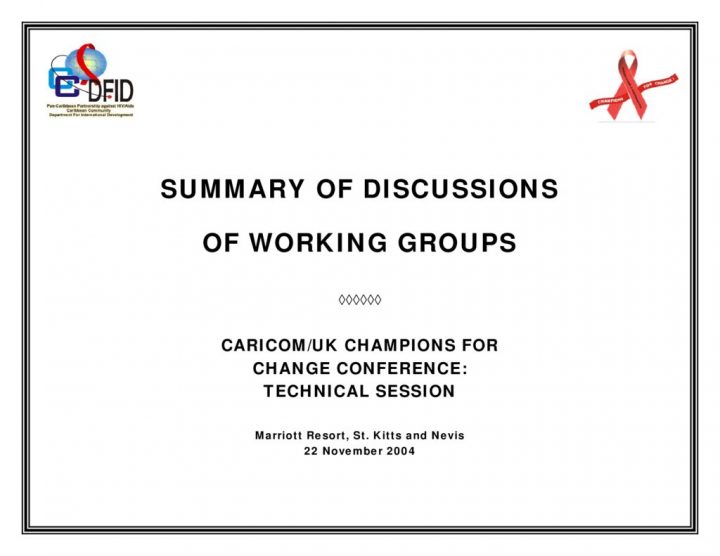 Champions for Change: Summary of Discussions 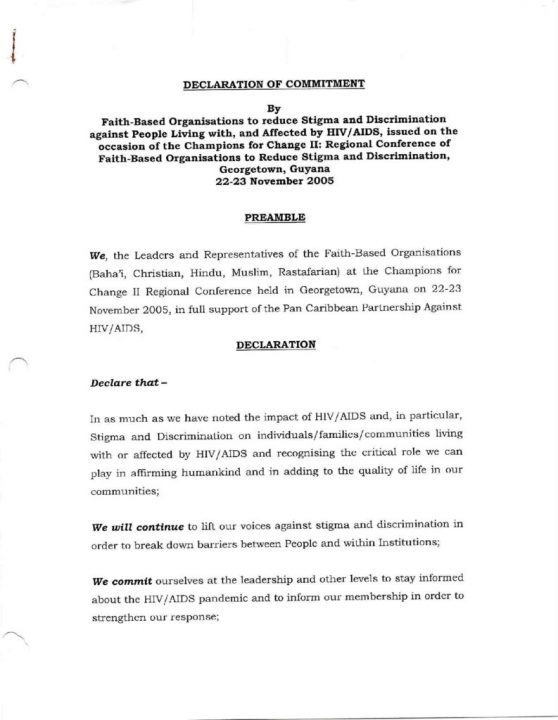 Declaration of commitment by Faith Based Organisations

Relaunching the PANCAP Champions for Change Initiative: Contributing to the end of AIDS