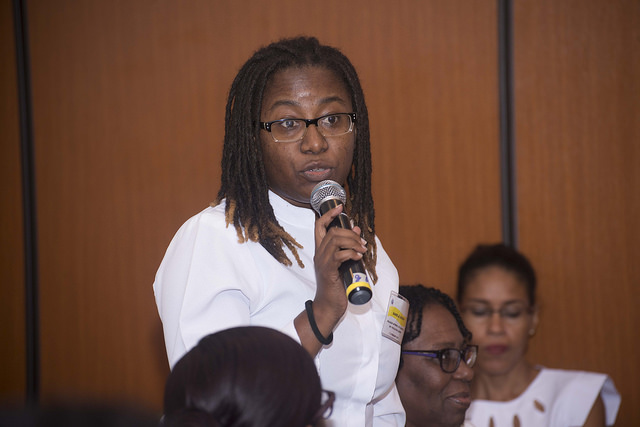 Suriname National Faith Leaders ConsultationFaith Leaders to Establish the Main Goals for an Inter-Religious Faith Leaders Network in Suriname with Emphasis on Contributing Toward the End of AIDS.

Thursday 18 October 2018 (PANCAP Coordinating Unit, CARICOM Secretariat): The Pan-Caribbean Partnership against HIV and AIDS (PANCAP), with funding from the CARIFORUM 10th European Development Fund (EDF) Programme of Support for Wider Caribbean Cooperation, will host the Suriname National Faith Leaders Consultation in Suriname on the 19 and 20 October 2018.

The action plan will include the establishment of the main goals for an inter-religious faith leaders network in Suriname with emphasis on contributing toward the end of AIDS.  The consultation will also aim to identify the lessons learned for ending AIDS from faith leaders’ engagements with People Living with HIV and with other groups such as parliamentarians, youth leaders, civil society and members of church communities.  It will examine the challenges for developing a viable Faith Leaders Network and proposals for overcoming them. Participants will be engaged in making specific recommendations to achieve the goals of the inter-religious/faith leaders network.  In addition, the consultation will seek to establish priorities and timelines for achieving the goals of the Network.

In an invited comment, coordinator of the consultation, Rev. Danielle Dokman, Municipality of Pastor Gemeenschap van Hoop Lutheran Church, said, “This meeting would broaden faith leaders’ awareness of the PANCAP Justice for All programme.  It will also provide an opportunity for faith leaders to work collectively on addressing the social issues and contribute towards achieving the 90-90-90 Targets and ending AIDS by 2030. We look forward to continued collaboration among faith leaders and key stakeholders in the HIV response both at the national and regional level”.