The Caribbean Social Marketing Project for HIV and AIDS prevention and Sexual health Promotion, known as CARISMA was a PANCAP project funded by the German Financial Cooperation through its development bank, KfW. The Social Marketing Agency, Options implemented the project on behalf of CARICOM/PANCAP in 13 Caribbean countries, using the services of Population Services International. The project aimed to increase preventative behaviour by individuals at risk using social marketing, as well as increased collaboration between the private and public sector on condom sales and distribution. Phase 1 of the programme (CARISMA 1) ran from March 2005 to 31 December 2008. Phase II (CARISMA2) was implemented from 1 January 2009 until December 2012.

The overall objective (or goal) of Phase II of the regional programme was to improve the status of sexual and reproductive health in general and, more specifically, to reduce the rate of STI (sexually transmitted infection) and HIV infection rates, in selected countries of the Caribbean region.

The programme objectives were:

On behalf of CARICOM/PANCAP, Options implemented the following:

Monitored the national social marketing activities assuring transparent, effective and efficient programme implementation and reporting in line with German FC guidelines as well as in harmony with regional and national strategies; and

Facilitated coordination and liaison with PANCAP and the relevant stakeholders. The project created a Consultative Monitoring Group (CMG) to serve as an advisory body to PANCAP’s Regional Coordinating Mechanism (RCM) on HIV and AIDS activities in the region. It also served as a forum for sharing best practices between SMOs operating in the region.

In addition to continuing HIV prevention strategies initiated in Phase I, the second phase of the Caribbean HIV Prevention Promotion Programme had a broader focus. It included family planning, anti-stigma and discrimination campaigns as well as the general promotion of sexual health and reproductive rights.

Funds were used to support expanded social marketing operations, address critical funding gaps and generate high quality research. This research data provided social marketers with vital information to make sound programmatic decisions and to measure their effectiveness. In line with PANCAP’s emphasis on evidence-based decision making, programme studies were structured around a regional framework of social marketing indicators to provide qualitative and quantitative data on behaviours, affordability and availability. Additionally, Options tracked and reported on total market sales of commercial and socially marketed condoms as well as those distributed for free through the public sector.

Building on the successes of Phase I of the programme, CARISMA 2 continued to target poor and sexually active populations with HIV and AIDS prevention activities. The approach to each target population was based on research results and lessons learned from past work in the field as well as lessons learned from similar interventions in the region. The primary groups targeted under this project were Youth, CSWs and MSM. The project was operational in Belize, Jamaica, Suriname, The Dominican Republic, and the Eastern Caribbean.

The CARISMA project employed various methodologies which can be applied to national programmes to improve effectiveness. They included the mass media, STI prevention programmes, and innovative social marketing of condoms in partnership with both the private and public sectors. 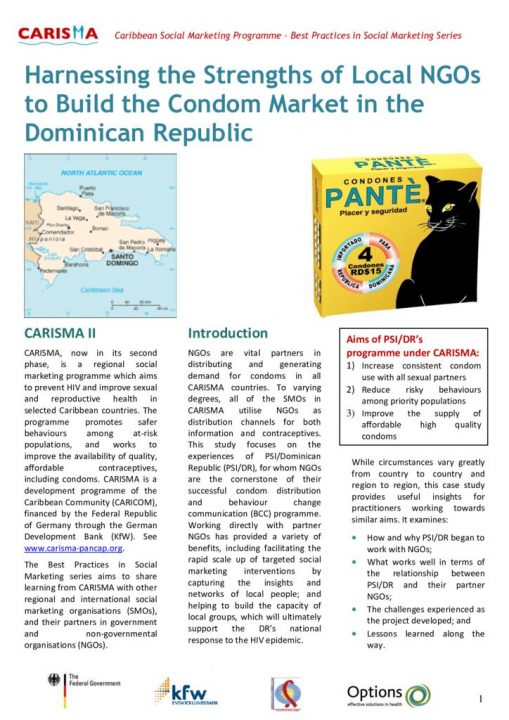 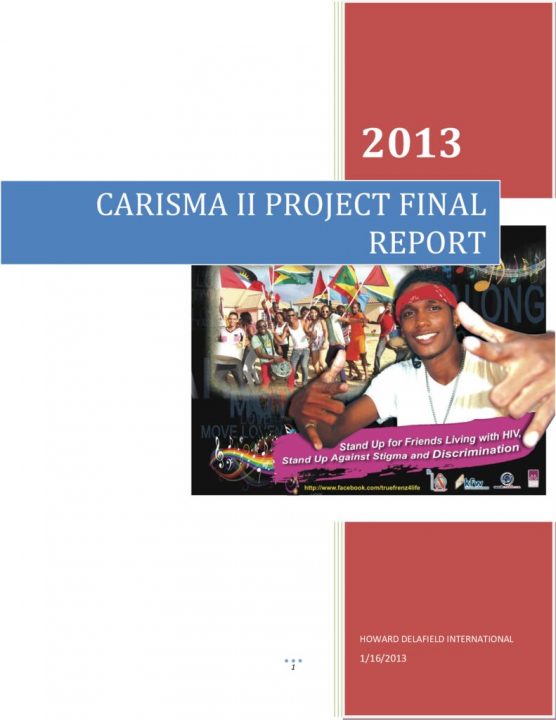 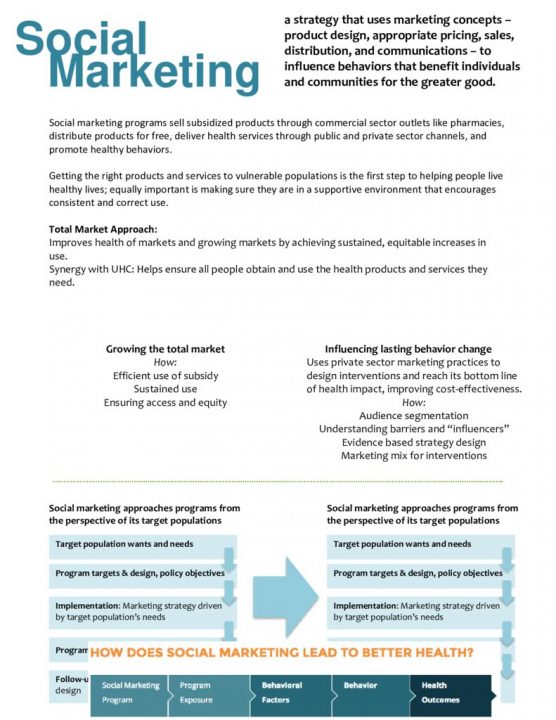 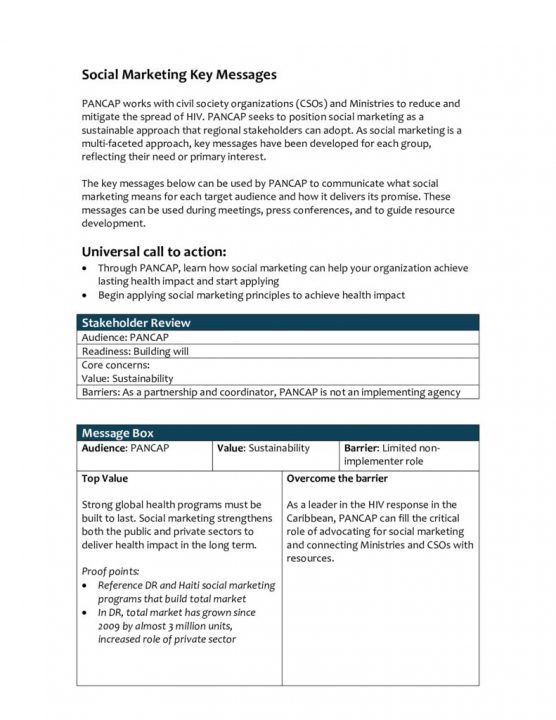 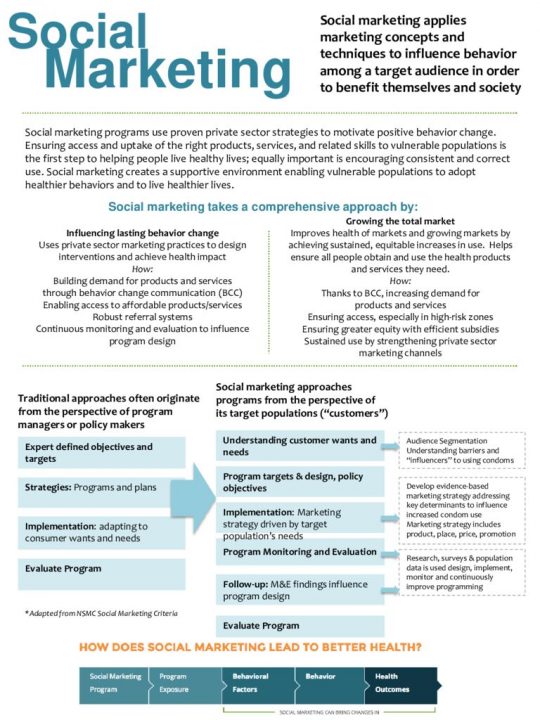