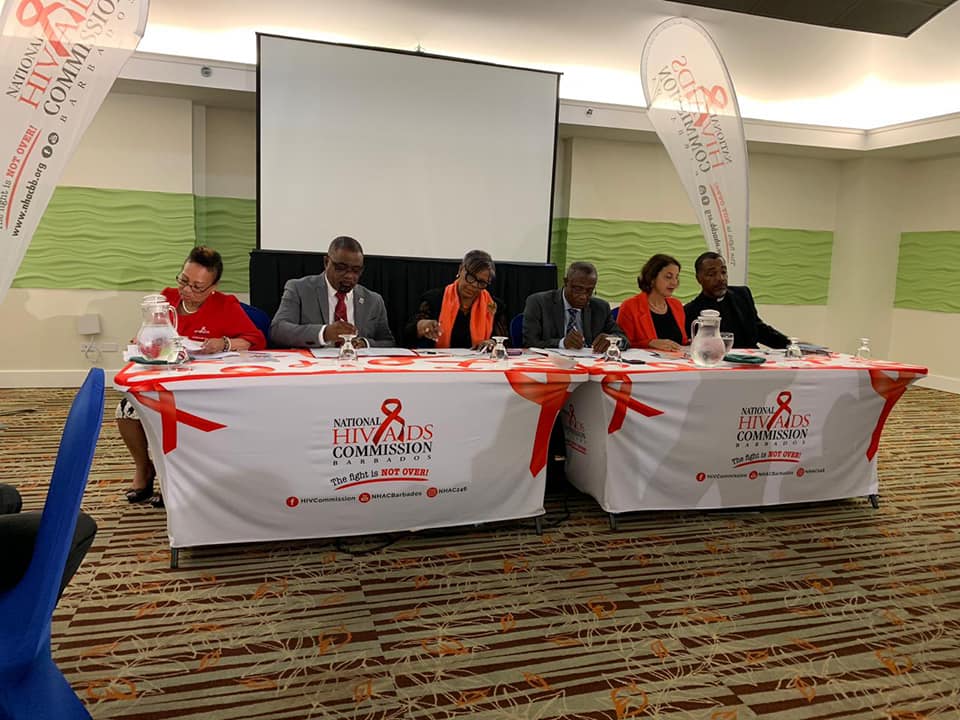 Wednesday 29 May 2019 (PANCAP Coordinating Unit, CARICOM Secretariat): The Pan-Caribbean Partnership against HIV and AIDS (PANCAP), with funding from the CARIFORUM 10th European Development Fund (EDF) Programme of Support for Wider Caribbean Cooperation, hosted the Barbados Parliamentarians Sensitization Forum at the Radisson Aquatica Resort Barbados on 29 May 2019.

The Forum formed part of a series of engagements with parliamentarians, which commenced in 2013 under the PANCAP Justice for All (JFA) programme. Parliamentarians were involved in defining their legislative, representational and oversight roles to address the barriers toward achieving the UNAIDS 90-90-90 Targets[1], eliminating stigma and discrimination and contributing to the end of AIDS. They discussed pursuing actions with specific timelines and made recommendations for the establishment of a National Parliamentarians Action Group to function as a coordinating mechanism to facilitate communications with and among National Parliamentary Committees.

Parliamentarians also utilised the forum to identify ways to collaborate with other stakeholders in the HIV response, including faith leaders, civil society, youth and Key Populations.

PANCAP is a Caribbean regional partnership of governments, regional civil society organisations, regional institutions and organisations, bilateral and multilateral agencies and contributing donor partners which was established on 14 February 2001. PANCAP provides a structured and unified approach to the Caribbean’s response to the HIV epidemic, coordinates the response through the Caribbean Regional Strategic Framework on HIV and AIDS to maximise efficient use of resources and increase impact, mobilizes resources and build capacity of partners.

By 2020, 90% of all people with diagnosed HIV infection will receive sustained antiretroviral therapy and

By 2020, 90% of all people receiving antiretroviral therapy will have viral suppression.