New Beginnings/Chances for Life is a civil society organisation (CSO) in Suriname established in 2014. The organisation delivers HIV prevention, care, treatment and support to People living with HIV (PLHIV) and key populations including Men who have sex with men, sex workers, transgender persons, substance abusers and the homeless. The organisation has had a life-changing impact on individuals and their communities.

This month, New Beginnings/ Chances for Life celebrates its Fifth Anniversary. PANCAP spoke with the Executive Director, Ms Tania Kambel- Codrington who shared her satisfaction with the progress made in five short years while indicating that she is now more focused on the future. She envisions a future where trans-specific programming will be scaled up, so that transgender persons are more connected with family and society and have greater access to education and jobs.

Tania hopes for a future where men face fewer challenges that drive them to alcohol and substance abuse, where there are support systems that will help them to earn and contribute to their families and society and where life is meaningful. She is advocating for a Latino Community Cultural Median Strategy for migrant communities so that they too can become self-reliant, stronger as a community and speak with one voice.

PANCAP had the distinct opportunity to work with New Beginnings/ Chances for Life and documented their innovative approaches to resource mobilisation in sustaining their response and the successes of their cultural mediation strategy. PANCAP documented individual life-changing stories of persons who have been given new beginnings and celebrated the Executive Director, Tania Kambel- Codrington with a special edition of “PANCAP Voices”.

PANCAP is pleased to present this knowledge package that celebrates New Beginning/ Chances for Life. Click the image below to view. 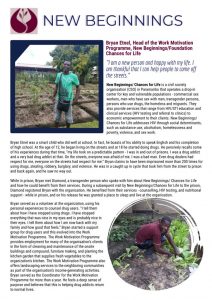 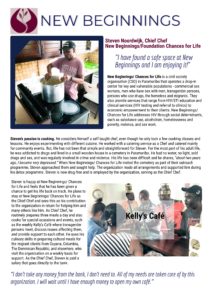 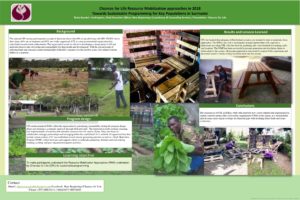 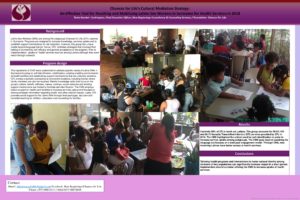 Chances for Life’s Cultural Mediation Strategy: An Effective Tool for Reaching and Mobilizing Latino Sex Workers in Suriname for Health Services in 2018 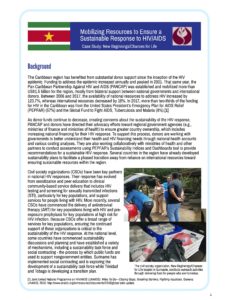