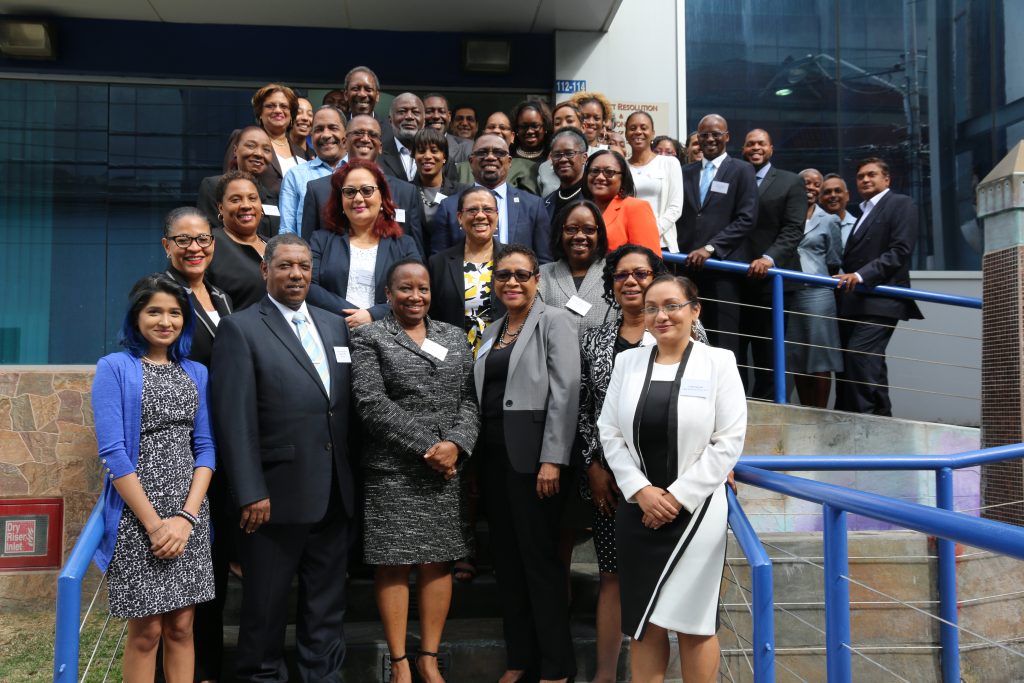 Remarks by the Director of PANCAP – Opening Ceremony for the Caribbean Judicial DialoguePort of Spain, Republic of Trinidad and Tobago | 30 November – 1 December 2017

The Pan Caribbean Partnership Against HIV and AIDS (PANCAP) fully welcomes this Caribbean Judicial Dialogue that is consistent with PANCAP’s Justice for All programme which establishes human rights as a priority of the regional response through a Pan Caribbean Declaration and Roadmap. The programme is aimed at reducing stigma, eliminating discrimination and strengthening rights-based legislative frameworks through the reform of laws that are incompatible with international commitments. PANCAP recognises the value of this dialogue given the importance of judicial awareness of implicit bias in relation to key population groups as well as the role that our legal infrastructure plays in facilitating access to justice by such populations.

We will be observing World AIDS Day tomorrow, December 1st, under the theme Right to Health. The universal and undeniable right to health provides everyone with the right to realize the highest attainable standard of health without stigma or discrimination. The Partnership believes that only by placing human rights at the centre of global health can we ensure that health care is accessible, acceptable, available and of good quality for everyone, leaving no one behind. I am reminded of Justice Sir Dennis Byron’s feature address at the PANCAP Relaunch Champions for Change in September 2017, in which he contended that law is a determinant of health. In this context, you the members of the judiciary are best placed to facilitate the right to health of all individuals, and particularly that of key populations, by creating a more favourable climate for those most vulnerable to HIV.

I wish you a very fruitful dialogue. Thank you