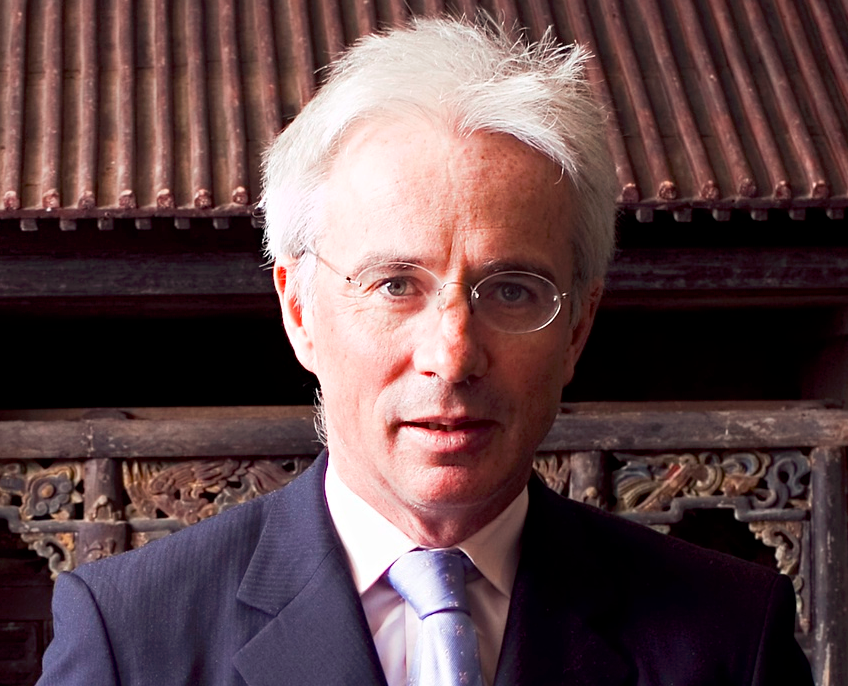 Project: Removing Barriers to accessing HIV and Sexual and Reproductive Health Services for Key Populations in the Caribbean (The Global Fund Project)

GENEVA – The Board of the Global Fund to Fight AIDS, Tuberculosis and Malaria today appointed a new Executive Director: Peter Sands, a former chief executive of Standard Chartered Bank who after a distinguished career in banking immersed himself in a range of global public health projects.

Sands, who is currently Chairman of the World Bank’s International Working Group on Financing Pandemic Preparedness, is also a research fellow at the Harvard Global Health Institute and the Mossavar Rahmani Center for Business and Government at Harvard’s Kennedy School, where he works on research projects in global health and financial regulation.

“Peter Sands brings exceptional management and finance experience, and a heart for global health,” said Aida Kurtović, Board Chair of the Global Fund. “At a time when we face complex challenges, his ability to mobilize resources while managing transformational change is exactly what we need. We expect him to take the Global Fund to the next level.”

Sands served as Chief Executive Officer of Standard Chartered PLC from 2006 to 2015, having joined the bank in 2002 as Group Finance Director. Under his leadership, Standard Chartered successfully navigated the turbulence of the global financial crisis in 2007-2009, continuing to support clients and counterparties throughout the worst of the financial stresses and without drawing on government support of any kind.

Sands led Standard Chartered’s transformation into one of the world’s leading international banks, reinforcing its focus on emerging markets and driving the development of world-class product, risk management and technology capabilities, underpinned by a highly collaborative culture. During Sands’ tenure as CEO, Standard Chartered focused its corporate responsibility initiatives on health issues, including avoidable blindness, AIDS and malaria. Sands served on the board of the Global Business Coalition on AIDS, Tuberculosis and Malaria and was Lead Non-Executive Director on the board of the United Kingdom’s Department of Health.

After stepping down from the bank in 2015, Sands deployed his skills and experience in international finance on global health. Sands served as Chairman of the U.S. National Academy of Medicine’s Commission on a Global Health Risk Framework for the Future, which published the influential report on pandemics entitled The Neglected Dimension of Global Security: a Framework to Counter Infectious Disease Outbreaks. Sands is also serving on the U.S. National Academy of Science’s Forum on Microbial Threats and Committee on Ensuring Access to Affordable Drugs. Sands has published articles on global health and epidemics in various peer-reviewed journals.

“I am deeply honored to join this extraordinary partnership,” Sands said. “Infectious diseases today represent one of the most serious risks facing humankind. If we work together to mobilize funds, build strong health systems and establish effective community responses we will be able to end epidemics, promote prosperity and increase our global health security.”

Born in the United Kingdom, Sands was educated in Malaysia, the UK, Canada and the U.S. He began his career in the UK’s Foreign Office and then joined McKinsey & Company, where he worked for 13 years in the London office, advising clients in the financial services and telecommunications sectors.

Sands graduated from Brasenose College, Oxford University with a First Class degree in Politics, Philosophy and Economics. He also received a Master’s in Public Administration from Harvard University, where he was a Harkness Fellow.

As new Executive Director, Sands will oversee and guide the implementation of the Global Fund’s 2017-2022 strategy, designed to maximize impact against HIV, TB and malaria and build resilient and sustainable systems for health.

The Global Fund raises and invests nearly US$4 billion a year to support programs run by local experts in countries and communities most in need. The Global Fund has been consistently rated as one of the most effective and transparent organizations in the development sector.