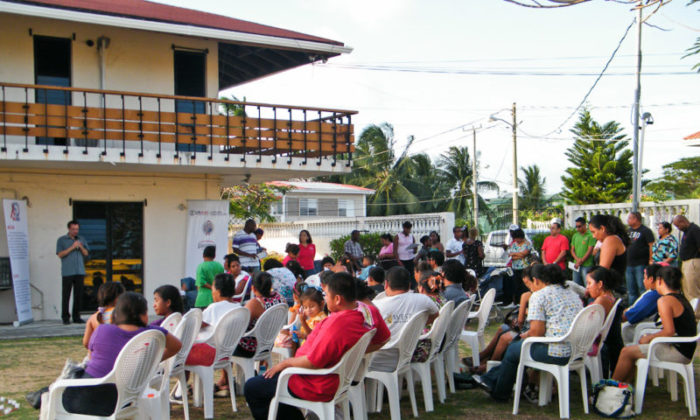 The following is a blog entry from Erika Castellanos, a transgender woman who has been living with HIV since 1995.

“My name is Erika Castellanos and I am a transgender woman who has been living with HIV since 1995. During the early days of my diagnosis, I was given a life expectancy of only 6 months to a maximum of 2 years. I felt that all hope had been lost and that I should just lie down in my bed to await death. Once, on visiting the hospital, I met a young lady who was also seropositive and whose child, unfortunately, had also been born with HIV. Yet she was not depressed like I was; she was smiling, telling everyone jokes and sharing her plans for the future. In my mind, I thought how naïve could she be, for there can be no plans. Yet her positivity and her constant laughter injected me with hope: that is how my activism story began. I saw in her an inspiration and soon enough I was also making plans for the future and not allowing a diagnosis to interfere with my life.

That is what pushed me to form a network of people with HIV in my country, the Collaborative Network for Persons Living with HIV in Belize (CNET+). My country has the highest HIV prevalence rate in Central America, at 2.3%. However, LGBT people are not included in this statistic and it can be inferred from data in other Caribbean nations, which report rates higher than 20% amongst LGBT people, that HIV prevalence in Belize is significantly higher in the LGBT community than among the general population. CNET+ provides a network for HIV positive people in Belize that offers support, guidance and a sense of community.

There were not many of us at the start, and people were very sceptical about the positive way in which I approached HIV. My goal in life was now to replicate that wonderful gift of hope that I had been given with just a simple smile on a sad day in a hospital waiting room. The power of a smile and transmitting happiness to others is amazing. We started visiting people at their homes, listening to them, sharing our stories and soon enough that happiness became contagious throughout our community. We dedicate our work to educating ourselves, providing support to one another and advocating for better services. Working peer to peer is what makes our work more effective and transformative in people’s lives. As someone with HIV, I am able to identify with what the members of our community are going through and, as a transgender woman, I am able to talk with other LGBT persons who constantly feel isolated and are often victims of discrimination. This is the key to our success; learning from each other’s life experiences and communicating through a peer-based approach.

When I visit someone’s home, it makes my heart swell with joy to see how transformational my visit has been and to realise that our work can be a catalyst for happiness among people who have given up hope. There is no greater reward than to see peers, who had given up, stand up, become empowered and work to have a brighter future for themselves and for others.

I have learned that each and every one of us is different and special. Our lives won’t be similar, of course not! Yet, frequently as human beings we allow our differences to take over and, as a result, we experience hate, stigma, discrimination and violence. I have learned to respect the differences that we might have and to build and concentrate on the similarities we share. That is what can change the world; celebrating our differences and uniting in our similarities. When it comes down to it, it doesn’t matter what you look like, what you believe, who you have sex with or who you vote for, because we should be united by our humanity. Let’s build on that and empower each other to end hate in the world”.

Erika is the co-founder and executive director of the Collaborative Network for Persons Living with HIV in Belize, which aims to improve the quality of life of all persons living with HIV. She studied social work at the University of Belize and LGBT Health Research at the University of Pittsburgh. She is also the vice-chair of the Global Network of People Living with HIV (GNP+), a member of the Communities Delegation for The Global Fund to Fight AIDS, Tuberculosis and Malaria, and a delegate to the UNAIDS Program Coordinating Board.