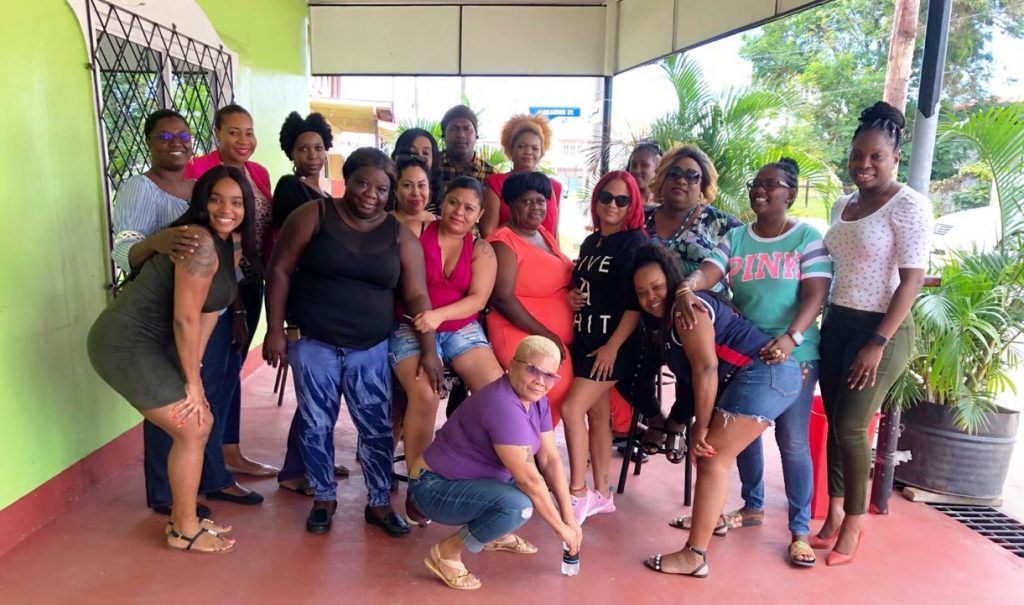 According to Co-chair and Coordinator, CSWC, Miriam Edwards, three days of training were dedicated to building the capacity of sex workers to monitor and evaluate their progress in following the guidelines specified by the SWIT.  The SWIT offers practical guidance on effective HIV and STI programming for sex workers. It provides evidence for the necessity of decriminalisation of sex work, the involvement of sex workers in developing policy, and the empowerment and self-determination of sex working communities as a fundamental part of the fight against HIV.  SWIT was created by the World Health Organization (WHO) and is based on WHO’s 2012 recommendations on HIV and Sex Work.

Following the SWIT training, participants were involved in two days of capacity building focused primarily on Financial Management and the Principles of Good Governance. Participants were exposed to the basics of financial management through several practical exercises that included preparing budgets for their organisations, creating vouchers for payments, distinguishing between an invoice and a quotation, understanding the importance of accountability as well as the need for correct documentation for payments.

The Principles of Good Governance and Board Development were also critical elements of the training course. Participants had the opportunity to take part in several leadership exercises. This initiative was funded by the Caribbean Coalition for Vulnerable Communities (CVC).