SCLAN creates youth against violence video for the Spotlight Initiative 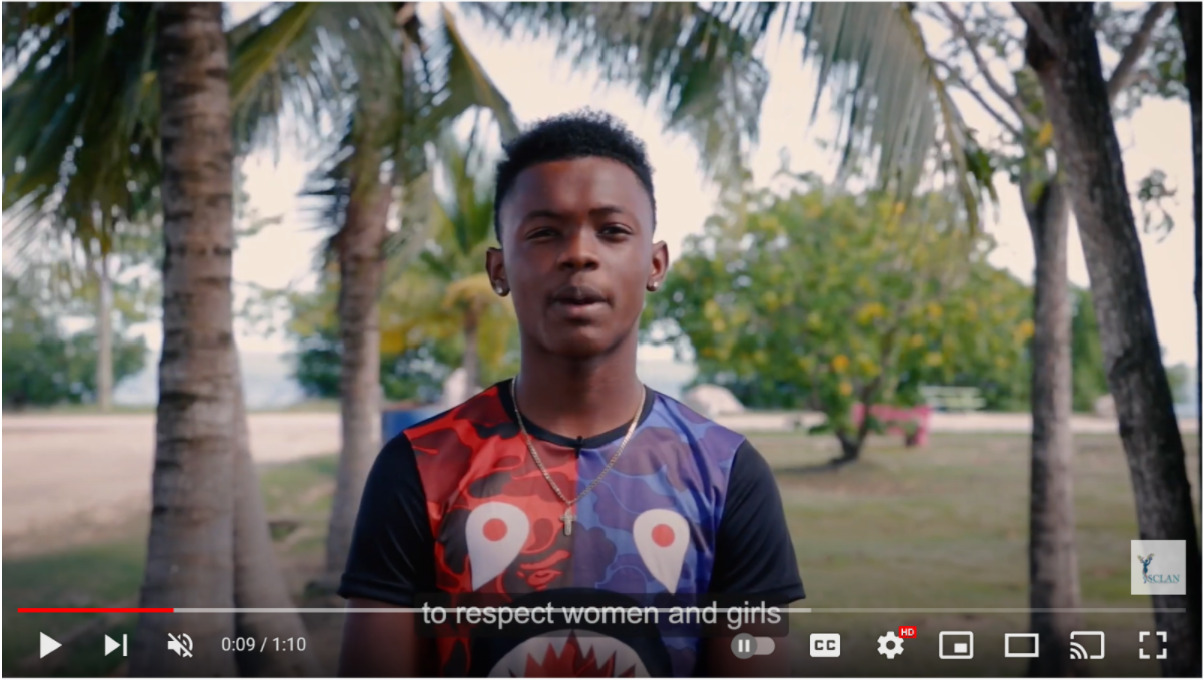 As a part of the “Engaging Men and Boys” Project, the Spouses of CARICOM Leaders Action Network (SCLAN) and the National Women’s Commission (NWC), Belize, through support from the Spotlight Initiative embarked on a gender-based violence (GBV) public education campaign that ran parallel to its youth training sessions, from November 2021 to February 2022.

The awareness campaign included creating digital posters with profiles of youths who participated in the training sessions. These posters were posted on all social media platforms. The campaign also included the production of a video showcasing male youth in Belizean society who are using their voices to speak up against GBV and to advance gender equality.

The video was recorded at locations in both Belize City and San Ignacio Town and included youth who participated in one of the training sessions and who are active agents of change in their communities. They were all eager to share their commitment to prevent GBV and to encourage and inspire their peers to stand alongside them to become positive role models as future men, fathers and partners.

SCLAN expressed gratitude to the Spotlight Initiative, UNDP Belize, Knight and Day Studios, the Belize City Shadow Council Members, the Belize City and Cayo Child Advisory Body for their support and collaboration on this project.