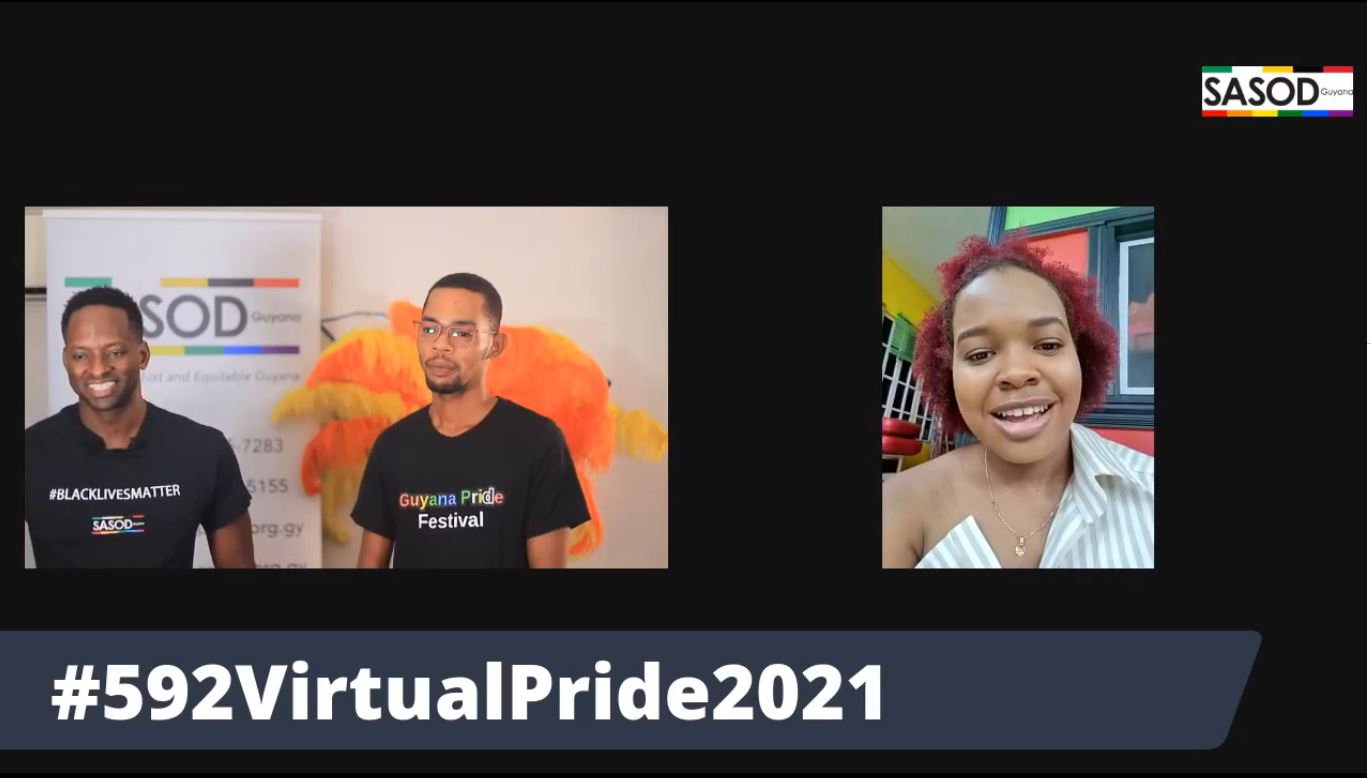 Guyana’s Society Against Sexual Orientation Discrimination (SASOD Guyana) hosted the 592 Virtual Pride 2021 for a second year in succession due to COVID-19 restrictions.

The one-week virtual festival provided a safe, online space for LGBTQ+ people and allies to celebrate their successes and achievements while also providing an opportunity to reach out to the wider Guyanese community and diaspora to educate them about issues affecting sexual and gender minorities in Guyana and the Caribbean.

The event, which was held under the theme #LiveOutProud, commenced on June 7, marking SASOD Guyana’s 18th anniversary, and concluded on June 13.  Some of the highlights included the Live Launch on Instagram, Facebook, Twitter and on June 7, a health and wellness “Pride Yoga” event on YouTube on June 8, and a Facebook Live talk-show called “Global Guyanese Gyaffing” on June 10. SASOD Guyana hopes to return to in-person Pride events in 2022 if state regulations on COVID-19 allow.