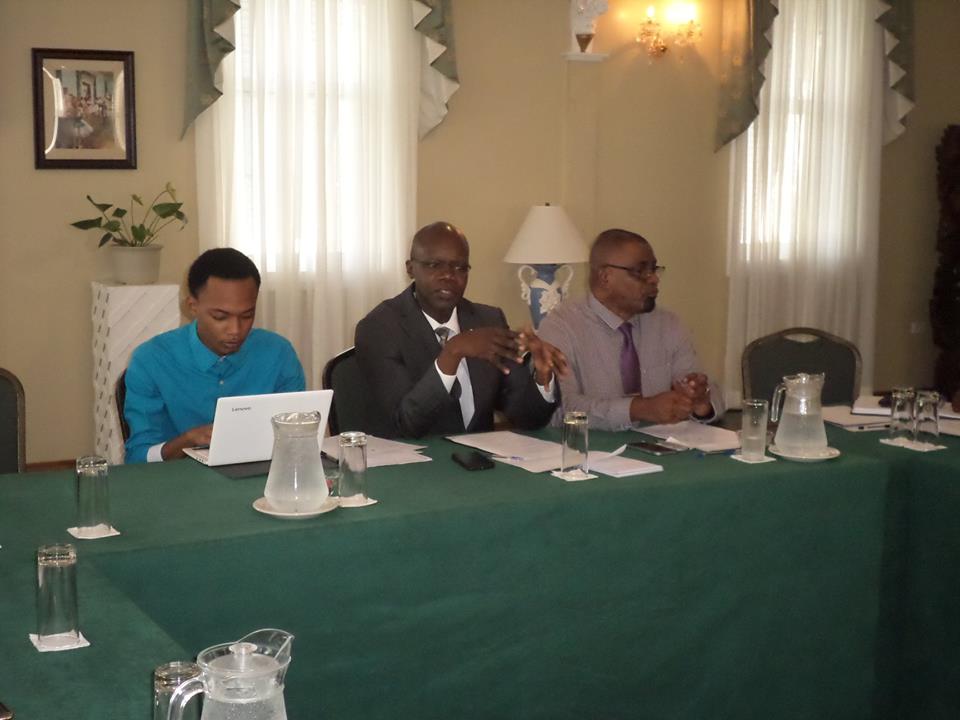 Workshop to develop strategy for domestic, innovative financing for HIV and Malaria in the Caribbean held in Georgetown, GuyanaPartnership of regional networks, government representatives, civil society leaders and advocates mobilize for increased domestic investment and increased resource allocation to HIV and AIDS budgets in the Caribbean

Tuesday, January 30 2018:  The Developing Country NGO Delegation to the Global Fund Board (DCNGO), Global Fund Advocates Network (GFAN) and the Caribbean Vulnerable Communities Coalition (CVC), collaborated with the Pan Caribbean Partnership against HIV and AIDS (PANCAP), the mechanism that provides a structured and unified approach to the Caribbean’s response to the HIV epidemic to convene a joint meeting of advocates for domestic financing for HIV. The meeting is being held in Georgetown Guyana from January 29 to 31, 2018.

The purpose of the intervention is to create a strategic approach to raising awareness and advocacy for increasing domestic financing for HIV, AIDS and Malaria programmes through advocacy training and strategic planning.

At the core of the workshop is the development of a regional (Caribbean) strategy, which will be coordinated by a working group tasked with addressing key resource mobilization and domestic financing issues related to The Global Fund in Jamaica, St Lucia (OECS), Haiti, Belize, and Guyana.

In his opening remarks, Mr Jomain McKenzie, Communications Focal Point for the DCNGO emphasised that “any health burden is also a financial burden and where governments don’t always see the need, it is up to us to make the case for funding our health.” Mr McKenzie highlighted that civil society’s efforts in domestic financing send a signal to donors that we do play a role in the big picture of health funding – a role that goes beyond that of being beneficiaries.

In welcoming participants, Director of PANCAP, Mr Dereck Springer, underscored the importance of the involvement of civil society in advocating for increased financing by Governments for HIV. He emphasized that civil society has held the baton for HIV awareness from the inception and that their involvement is critical for the next phase of the Region’s response to the disease. The Director referred to the PANCAP Regional Advocacy Strategy as a model that can be strategically utilized for the intervention. He posited that the strategy propagates that civil society has the ability to mobilize unprecedented financial resources and enable communities to participate in designing health services that meet their needs.

Dr Martin Odiit, UNAIDS Country Director, Guyana and Suriname commended the organisers and participants of the intervention, stating his appreciated that the Caribbean is taking a positive step and being fully involved in the Global Fund replenishment as evidenced by the enthusiasm at the workshop. He also noted UNAIDS ongoing support to countries in developing HIV investment cases for sustainability.

The initiative is financially and technically supported by International Civil Society Support (ICSS) Global Fund Advocacy Network (GFAN) through the New Venture Fund of the Bill and Melinda Gates Foundation.

The Developing Country NGO Delegation is a voting constituency on the Global Fund Board and represents NGOs, from the Developing World, serving those affected by HIV/AIDS, TB, & Malaria. The Delegation seeks to influence decisions and policies to ensure strategic, continuous and appropriate responsiveness to the needs of those affected by the three diseases and the NGOs providing services to them.