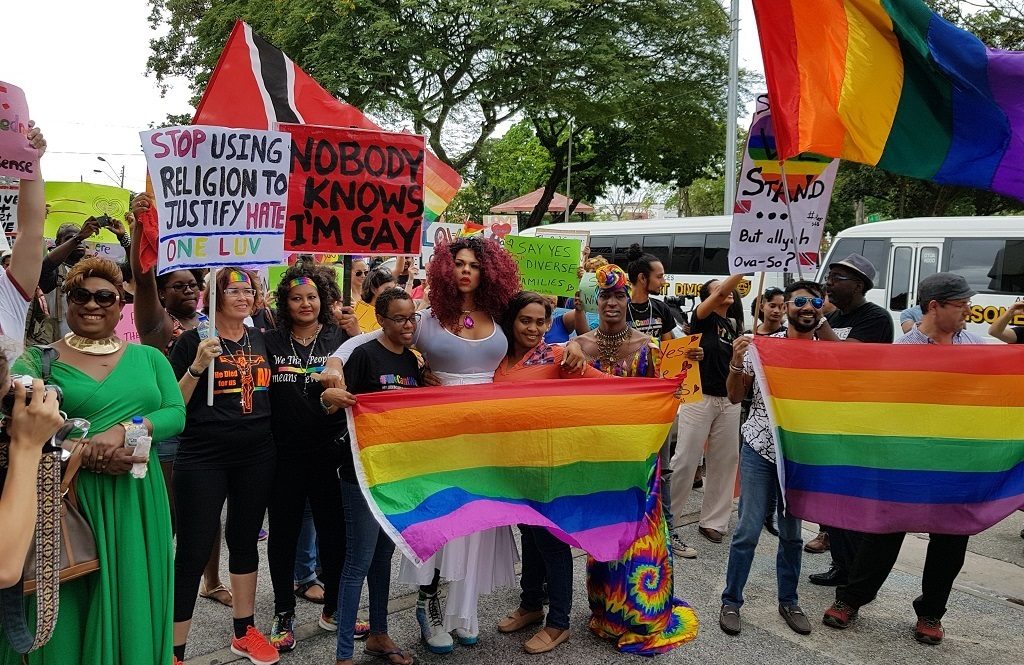 On Thursday, social activist Jason Jones won his case against the State in a ground-breaking decision which sets a legal precedent moving forward.

Justice Devindra Rampersad ruled that Sections 13 and 16 of the Sexual Offences Act are “unconstitutional, illegal, null, void, invalid and are of no effect to the extent that these laws criminalize any acts constituting consensual sexual conduct between adults”.

The court will meet again to hear whether the offending sections should be struck down in their entirety along with the issue of costs.

Members of the LGBTQI+ community along with other human rights supporters tearfully expressed their happiness with the ruling.

Jones spoke after the ruling saying that the country must now come together.

“What I think the judge pointed out was ‘here every creed and race find an equal place’ and I think we must all come together now and embrace each other in true love and respect. This is not about LGBT, this is about the rights and freedoms enshrined in our Constitution, and I hope that everyone walks away from this calmly and collectively,” he said.

Head of CAISO Colin Robertson said the matter has restored his faith in the justice system in Trinidad and Tobago.

“I am really humbled that I live in a nation that could deliver that judgement. I think it’s onto the Parliament to ensure that sexual orientation and gender identity are in the Equal Opportunities Act. It’s a tremendous day thanks to Jason for having the boldness to bring the case. I have incredible faith now in justice in Trinidad and Tobago,” he said.