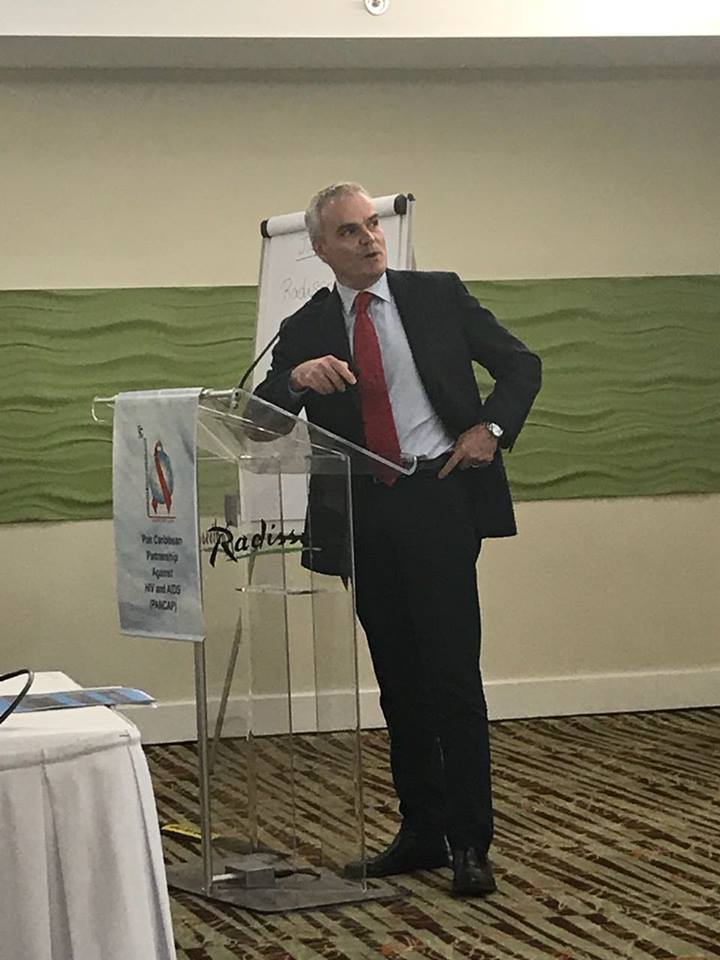 Utilizing ‘Treatment as Prevention’ can stop the spread of HIV and AIDS"We will eliminate HIV from the whole of our country, if we can provide the environment in which people feel comfortable to be tested" - Professor Clive Landis, Deputy Principal of the UWI, Cave Hill Campus

Putting an end to the spread of HIV and AIDS would be rather simple, if persons simply adhered to the motto of “Test, Treat, Defeat”, which allows persons to know their status and take action, allowing health professionals to treat them with antiretroviral medication, to prevent HIV transmission to others.

Professor Clive Landis, Deputy Principal of the UWI, Cave Hill Campus spoke of the latest scientific understanding of the prevention effectiveness  of HIV treatment that results in viral suppression, to reduce the risk of sexual transmission of HIV, as he delivered an address at the Barbados
National Faith Leaders Consultation, held at the Radisson Aquatica Resort. This he referred to as,“Treatment as Prevention”.

“So treatment as prevention is that the viral load in your body is suppressed to point where you cannot detect it anymore. It is just no longer detectable.  If you were to stop your drugs, it would come back, but it is no longer detectable in any of your body fluids and it can’t be transmitted. So there is a personal benefit because AIDS is eliminated in that person and there is a public benefit as well because if you are not infectious, you certainly cannot transmit to anybody,” Professor Landis pointed out.

“So by suppressing the virus in a person’s body, there are really noninfectious, even to the life that’s within their womb,” Landis commented.

“So Test, Treat, Defeat is really what it is all about. We will eliminate HIV from the whole of our country, if we can provide the environment in which people feel comfortable to be tested and then they are able to access treatment and be comfortable being treated and then we will just treat our way out of this disease,” Professor Landis said.