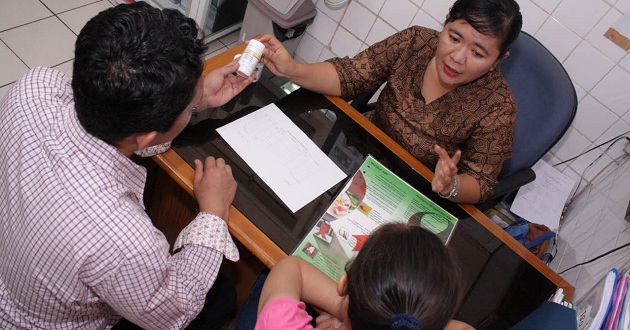 Treat all: what the average person needs to knowTreat all people living with HIV, offer antiretrovirals as additional prevention choice for people at "substantial" risk

Fact: Treat All policies could help avert more than 21 million deaths and 28 million new infections by 2030.

In September 2015, the World Health Organisation (WHO) issued a new policy which stated that anyone infected with HIV should begin antiretroviral treatment as soon after diagnosis as possible. With its “treat-all” recommendation, WHO removed all limitations on eligibility for antiretroviral therapy (ART) among people living with HIV; all populations and age groups are now eligible for treatment.

The expanded use of antiretroviral treatment is supported by recent findings from clinical trials confirming that early use of ART keeps people living with HIV alive, healthier and reduces the risk of transmitting the virus to partners.

WHO now also recommends that people at “substantial” risk of HIV should be offered preventive antiretroviral treatment. This new recommendation builds on 2014 WHO guidance to offer a combination of antiretroviral drugs to prevent HIV acquisition, pre-exposure prophylaxis (PrEP), for men who have sex with men. Following further evidence of the effectiveness and acceptability of PrEP, WHO has now broadened this recommendation to support the offer of PrEP to other population groups at significant HIV risk. PrEP should be seen as an additional prevention choice based on a comprehensive package of services, including HIV testing, counselling and support, and access to condoms and safe injection equipment.

New recommendations on early use of ART and expanded offer of PrEP are contained in WHO’s “Guideline on when to start antiretroviral therapy and on pre-exposure prophylaxis for HIV.” The new guideline stresses that, in order to effectively implement the recommendations, countries will need to ensure that testing and treatment for HIV infection are readily available and that those undergoing treatment are supported to adhere to recommended regimens and are retained in care.

The recommendations were developed as part of a comprehensive update of the “WHO consolidated guidelines on the use of antiretroviral drugs for preventing and treating HIV infection”.

Based on the new recommendations, the number of people eligible for antiretroviral treatment increases from 28 million to all 37 million people who currently live with HIV globally. Expanding access to treatment is at the heart of the set of targets for 2020 with the aim to end the AIDS epidemic by 2030. These targets include 90% of people living with HIV being aware of their HIV infection, 90% of those receiving antiretroviral treatment, and 90% of people on ART having no detectable virus in their blood.

According to UNAIDS estimates, expanding ART to all people living with HIV and expanding prevention choices can help avert 21 million AIDS-related deaths and 28 million new infections by 2030.

CLICK HERE for the Guideline on when to start antiretroviral therapy and on pre-exposure prophylaxis for HIV.