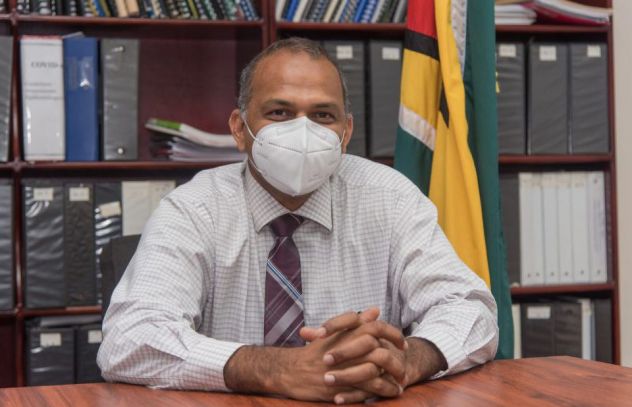 The road to PrEP in Guyana

21 January 2021 (Georgetown, Guyana)  This year, Guyana will roll out a comprehensive plan for Pre-exposure Prophylaxis (PrEP). Dr Frank Anthony, Minister of Health, Guyana announced that the national strategy would be implemented in collaboration with clinics across the country and nongovernmental organizations.

“We want to expand to ensure anyone who is at risk for HIV would have access,” Dr Anthony said. “We believe that with a comprehensive programme for PrEP we can prevent many infections.”

This move marks the culmination of years of advocacy and partial PrEP implementation. The existing PrEP policy is a programme for serodiscordant partners only, so couples in which just one person is living with HIV have been able to access PrEP through the public health-care system to avoid transmission to the HIV-negative partner.

Last year, Guyana’s Society against Sexual Orientation Discrimination (SASOD Guyana) moved from calling for a more inclusive PrEP programme to offering the service itself. The group teamed with the Midway Specialty Care Centre to fill this gap in the country’s HIV prevention response.

“We want combination prevention to take the front burner,” said Joel Simpson, Managing Director, SASOD Guyana. Through this private sector/civil society partnership, for the first time, people in Guyana from any population group were able to elect to initiate PrEP. The medicine was sold to clients at cost price, and those accessing the service through the nongovernmental organizations paid no consultation fees.

A 2018 SASOD Guyana assessment of gay men and other men who have sex with men and transgender people supported by the International HIV and AIDS Alliance (now called Frontline AIDS) found that, when sensitized, there was a high level of interest in taking PrEP. However, just around 60% of focus group participants were willing to pay to do so.

“We need politicians and technical people to base decisions on science and research. At times we have encountered a moralistic approach to setting public policy,” Mr Simpson reflected. “It’s not about whether you belong to a particular population group. It’s about responding to reality and lowering risk.”

Guyana’s HIV programme results are among the Caribbean’s best. The country surpassed the 2020 testing target, with 94% of people living with HIV diagnosed in 2019. Seventy-three per cent of people who knew their status were on treatment. Of those, 87% were virally suppressed. Over the past 20 years, new HIV infections have been reduced by half in the South American nation.

“HIV treatment has come a long way, and not just for people living with HIV. To close the gaps and ensure that no one is left behind it is critical that best practices for prevention and treatment are implemented fully,” said Michel de Groulard, UNAIDS Country Director, a.i., for Guyana and Suriname. “This is why we are pleased about the direction the Health Ministry is taking this year to ensure that PrEP is made available to all who need it. We have the tools to end AIDS. Now we must use them.”