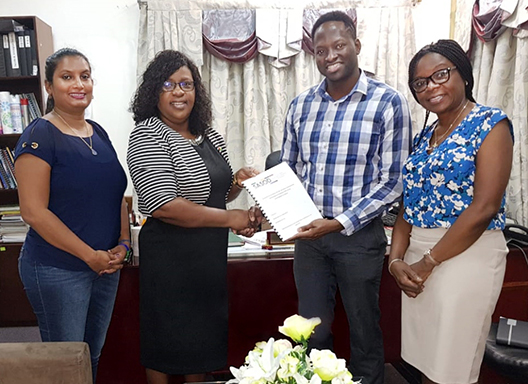 In a brief statement, SASOD Guyana said the meeting agreed that a study on the cost-effectiveness of implementing PrEP in terms of averting new infections would strengthen public policy in this area.

As a result, it announced that it has accepted the challenge to find resources and complete the cost-effectiveness study within the next six months. Based on its assessment, SASOD had called last year on the Government to include PrEP as part of its combination prevention approach for adult HIV infections.

One of the key findings of the assessment revealed that in Guyana knowledge of PrEP appears to be minimal, with 60% of the 47 participants stating that they did not know of PrEP, while a significant number of those who claimed to be aware of the option were actually confusing PrEP with Post-exposure Prophylaxis (PEP).

The assessment was conducted via focus groups in Regions Three, Four, Five, Six and Ten, with financial support from the International HIV and AIDS Alliance’s Rapid Response Fund.

Following research on its effectiveness, the World Health Organization (WHO) in 2014 recommended PrEP as an additional HIV prevention choice for groups, such as men who have sex with men and transgender women. This recommendation was extended to all groups in 2015.