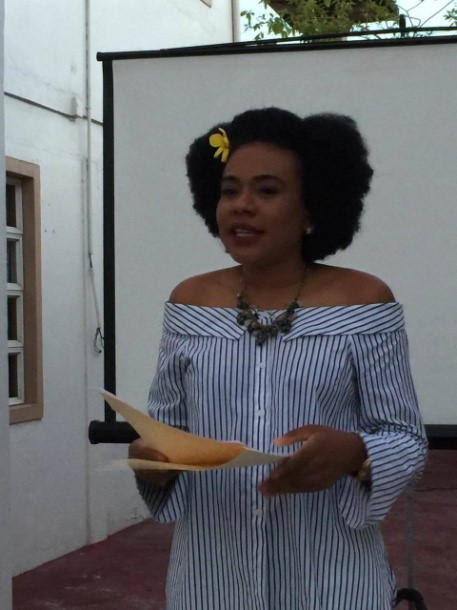 SASOD held a vigil on Saturday, September 9, 2017, on the eve of World Suicide Prevention Day at its office in Duncan Street, Lamaha Gardens, Georgetown Guyana under the theme ”Take A Minute, Change A Life.”

Hosted by SASOD’s Homophobia Education Coordinator, Anil Persaud, the ceremony was highlighted by a rendition of the song “Stand Up For Love” by SASOD member, Keimo Benjamin and an address by guest speaker, attorney-at-law and Chairperson of the Georgetown Public Hospital Corporation Board of Directors, Kesaundra Alves.  Her address underscored the seriousness of depression and mental illness.  She stated “survivors are crying out loudly for help and will only reach out for support if they feel safe and protected by the laws”.  She also emphasised the need for the decriminalization of attempted suicide in Guyana.

In a press release, SASOD stated “the need for protection and security by laws and entities put in place to assist those battling with depression lingered in the ‘suicide note’ left behind by former Board Secretary of SASOD and human rights and LGBT activist, Zenita Temall Nicholson. The saddening letter of turmoil, and inexhaustible but futile efforts to reach out for help was read by founder and Managing Director of SASOD, Joel Simpson”.

In keeping with the theme, members of the gathering took some time to voice their understanding and experiences with suicide. The evening ended with the lighting of candles, a minute of silence for all the lives lost to suicide and a pledge to aid in the prevention of suicide.

SASOD commenced its first on-site counsellor programme.  The counsellor will be available every Monday, Wednesday and Friday for counselling sessions. SASOD advised that persons interested in seeking the free counselling services should call the office on telephone numbers 225-7283 or 623-5155 to make an appointment with the social worker. The organisation further described the service as “very safe and the counselling is done in a secure, confidential space with a trained professional”.

SASOD further stated that “through sensitization and observances like this year’s World Suicide Prevention Day Vigil, the organisation hopes to initiate a more serious discussion that would involve more strategic mechanisms by both governmental and civic stakeholders to address the inequalities which are at the root of the suicide epidemic in Guyana”.