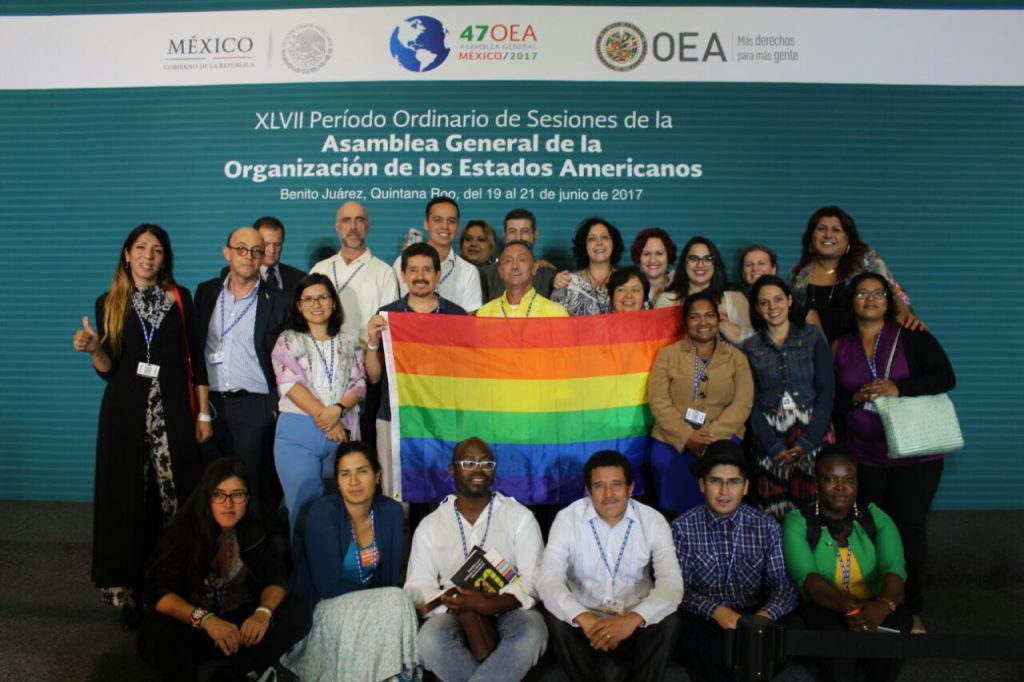 The Society Against Sexual Orientation Discrimination (SASOD) recently participated in the 47th General Assembly of the Organisation of the American States (OAS) in Cancun, Mexico. Representing SASOD was member and volunteer, Terianna Bisnauth, who met with several local and international representatives of government and civil society organisations. Since her return, Bisnauth was elected as the Chairwoman of the SASOD Women’s Arm Guyana (SWAG).

Leading up to the official events, Bisnauth engaged in several meetings with the Lesbian, Gay, Bisexual, Transgender, Transsexual, Travesti and Intersex (LGBTTTI) Coalition of Latin America and the Caribbean, of which SASOD is a member organization. The Coalition met a few days before the General Assembly meetings to discuss the issues in their respective countries and agree on proposals that were tabled at the official General Assembly meetings.

SASOD joins with the LGBTTTI Coalition of Latin American and the Caribbean to celebrate the adoption of the Resolution on Human Rights, Sexual Orientation, Gender Identity and Expression by OAS during its 47th General Assembly.

According to a statement prepared by the LGBTTTI Coalition, “in that Resolution, the OAS condemns all forms of discrimination and acts of violence based on sexual orientation or on gender identity or expression, and urges Member States to take effective measures for the protection of the rights of Lesbian, Gay, Bisexual, Trans and Intersex (LGBTI) people. In particular, the Resolution calls on Member States to generate data, prevent and investigate acts of homophobic, lesbophobic, biphobic, and transphobic violence. Further, it calls States to guarantee proper protection to human rights defenders working on the rights of LGBTI people through the implementation of policies and procedures ensuring the protection of these rights. The Resolution, as in previous years, urges States to afford appropriate protection to intersex people, regarding medical practices”.

SASOD commended the Government of Guyana for joining the Resolution on Human Rights, Sexual Orientation, Gender Identity and Expression in consensus for the past two respective General Assemblies in 2016 and 2017.