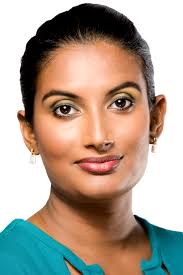 The Society against Sexual Orientation Discrimination (SASOD) is considered a pioneer in the fight for human rights especially those of the lesbian, gay, bisexual, and transgender communities.  Now the organization has taken another bold step by engaging the Ministry of Public Health, Guyana), and appealing for partnerships with governmental and Private Sector entities for the distribution of Pre-Exposure Prophylaxis (PrEP).

SASOD’s Public Health Consultant, Dr. Nastassia Rambarran reported that a study was conducted by the organization with HIV negative individuals.

According to Rambarran, the daily pill can result in 90 to 98 percent protection against HIV and is intended for persons with HIV positive partners.

Additionally, sex workers and transgender persons can also protect themselves from the virus but additional protection is needed against other Sexually Transmitted Infections (STIs).

SASOD also revealed that while a majority of the respondents of the study were interested in the benefits of the pill, they were concerned about the costs attached and the HIV stigma that follows when seeking information about PrEP.

Hence, the organization is advocating for Government and non-governmental organizations (NGOs) to distribute PrEP to these persons. SASOD explained that the organization would be able to negotiate a reduction of the cost to about US$10 for one month’s supply of the medication.

Founder and Managing Director of SASOD, Joel Simpson revealed that persons expressed some reservations about taking PrEP.  These include the fact that users must remember to take the pill daily. Persons also expressed concern about potential side effects, the frequency of required blood tests and a few respondents were in denial about being at risk.

Simpson also stated that there was a lack of education about PrEP. He revealed that the most significant barriers identified were the cost of PrEP and the continued stigma around HIV.

The Managing Director also shared that the next steps would entail engaging the Public Health Ministry and the National AIDS Programme Secretariat (NAPS) to propagate the advantages of supplying PrEP.

He stated, “Our primary target audience for advocacy are the policymakers at the Ministry of Public Health. We think we have enough data for implementation and our next step will be to meet with the Programme Manager at the National AIDS Programme Secretariat”.