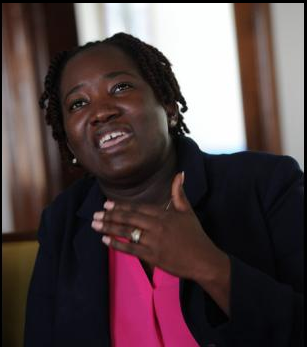 There is currently no known medical cure for HIV and AIDS, but national superintendent for the United Pentecostal Church of Jamaica (UPCJ), Bishop O’Garth McKoy, said he has encountered individuals who have been healed from the disease.

The pastor recounted the case of one woman, who he said was healed after he anointed and prayed for her.

“She was a member, but she was out for a while and she came to me and told me that she found out she was HIV-positive, so as a result, she asked me to pray for her. I don’t usually do this on a whim, because several persons have come to me and I have never really felt a pull to pray for them,” McKoy told The Sunday Gleaner.

He said he instructed the woman to check back with her physician, and she was able to receive proof that she no longer had the disease.

“She went and did the test and the stakeholders believed that no, something is wrong, and they did it again and after two consecutive retests, so to speak, she was declared clear,” said McKoy.

Executive director of the Jamaica AIDS Support for Life (JASL), Kandasi Levermore, has expressed concern that several of the group’s clients have abandoned treatment in recent times because they were declared healed by a pastor after being prayed for.

“So when we reach out to them, they are missing out on care, they are not coming to the clinic and they are getting worse, their outcomes are declining,” she said.

Representatives of the Jamaica Council of Churches (JCC) are scheduled to meet with Levermore on February 2019 to discuss the issue.

Newly appointed president of the JCC, Merlyn Hyde-Riley, cautions persons against using spirituality as a deterrent to taking their medication.

“Yes, we should have faith and we should trust and believe God for our healing, but I believe God also heals us through different means and it is not always supernatural, it can be through the natural, which is the medication or whatever is available to help in that process,” said Hyde-Riley.

“I also believe in supernatural healing, and that God can do what God chooses to do. However, one should never assume that because they pray for healing it means that is consistent with God’s will for their life and that it will necessarily happen,” added Hyde-Riley, who is also the associate general secretary for the Jamaica Baptist Union.

McKoy said he also believes in miracles, and he is of the firm view that persons can be healed from debilitating illnesses such as HIV/AIDS.

“I am not saying in every case it would happen, but I know it has happened quite a number of times,” said McKoy, even as he cautioned fellow pastors against advising persons to stop taking their medications.

According to McKoy, he always instructs persons to check with their doctor after they have been healed.

“You have a responsibility to have them go to the medical practitioners to validate same thereafter, so that is a rule I operate with consistently for the past 24 years or so,” he said.

“If they come and say they are cleared, then automatically they would stop take it (medication), but I don’t advocate for it,” added McKoy.

The pastor said given the concerns, he intends to raise the issue with pastors within the UPCJ during their upcoming convocation this month. The church body comprises 123 established churches and another 24 satellite churches.