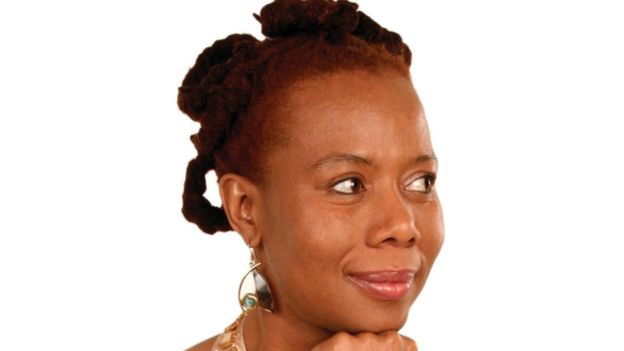 Prudence Mabele: The life of the South African HIV campaignerOne of the first black South African women to declare her HIV-positive status

Prudence Mabele’s decision to become one of the first black South African women to declare her HIV-positive status was the start of a lifetime’s campaigning.

It was 1992, and the stigma which came with such an announcement cannot be underestimated. But Mabele was determined to be brave, and to encourage others to live without shame. That bravery and determination would become the hallmark of Mabele’s next 25 years, and would, when she died earlier this month, see her hailed as “a global icon” and “a true South African hero”.

Mabele was born in Benoni, just east of Johannesburg, in 1971, just one woman in a long line of activists, according to friends.
She was just 18 when she contracted HIV in 1990 but a search for a friend to share her fears and hopes with over this new diagnosis reportedly only led her to hospital wards filled with dying babies.

In 1992, South Africa’s HIV epidemic was in its infancy. The proportion of 15 to 49-year-olds infected was just 2.5%, according to the World Bank, and it was still largely seen as a disease which affected gay men.

And yet, here was a bright, young university student, revealing she too had been infected. It was just the start of a fight which would see her not only battle prejudice but her own government.

“When you think about how she had to confront this pandemic in 1992, how she had to go through the time when often times in South Africa, they didn’t acknowledge that HIV was the cause of the pandemic — yet she was that voice,” Deborah Birx, the US global Aids coordinator, told American news site PRI.

“And we should all be asking the question: ‘Would we be willing to make that same personal sacrifice?'”
Over the next few years, she threw herself into trying to break the silence around HIV status, founding organisations like the Positive Women’s Network in 1996.

At the same time, the numbers infected with HIV/Aids in South Africa continued to soar: by 1998, 2,900,000 were thought to be infected, equating to 15.1% of the adult population.

But there were also developments when it came to treatment: the first anti-retrovirals went on to the market in the latter half of the 1990s, and ensuring people had access to them became one of Mabele’s key causes. At the time, they cost 7,000 rand (£415/$541) a month, Mabele said later in interviews. It was too expensive, out of reach of many of those infected. As a result, the Treatment Action Campaign (TAC) was founded – and once again, Mabele was at its heart.

But then, in 2000 when some 1,500 people were being infected every day, things took an unexpected turn: President Thabo Mbeki declared that while he could accept that HIV contributed to the collapse of the immune system, it was not the only cause. Other factors like poverty and poor nutrition were also involved, he said.

“A virus cannot cause a syndrome,” Mr Mbeki told parliament. “A virus can cause a disease, and Aids is not a disease, it is a syndrome.”
Suddenly, the fight was not just for funding. It was against the government, and its new “Aids denialism”. It was up to the TAC, and women like Mabele, to fight when the government delayed the roll out of ARVs to pregnant mothers, which would stop the transfer of the virus from mothers to babies, potentially saving thousands of lives. The TAC took the government to court, and won. But Aids denialism ran deeper than just those at the top of government.

In 2004, Mabele decided to become a sangoma – or traditional healer. By now, she was on ARVs – but many within her new community did not agree with her choices. They accused her of promoting Western medicine over traditional remedies.

“They all looked at me as a traitor,” she told South Africa’s Bhekisisa health news site in 2013. “I remember them coming [down the street], toyi-toying and singing ‘phansi ngo Prudence’ [down with Prudence]!” The two, she maintained, could work alongside each other but Mabele, for one, was not prepared to abandon the ARV to “put my life at stake for an experiment that is not even checked”.

After Mr Mbeki lost power in 2008, the government’s stance on Aids changed. But Mabele did not stop her fight, either on the streets during protests or just being there for people, visiting them in hospital or sitting with grieving relatives. Writer and activist Sisonke Msimang described her friend as “the Pied Piper of the broken hearted” in South Africa’s Mail & Guardian. Her attention also turned to other causes. Violence against women in South Africa and the kidnapped Nigerian school girls among other things.

All the while, the numbers living with HIV continued to rise: by 2015, the figure was estimated to be seven million, according to the UN Aids programme. The World Bank’s figure said that equated to 19.2% of the adult population. Mabele died in hospital on 10 July, at the age of 46, following a battle with pneumonia. Her funeral, held just over a week later, was attended by Cyril Ramaphosa, South Africa’s deputy president, and a host of other dignitaries.