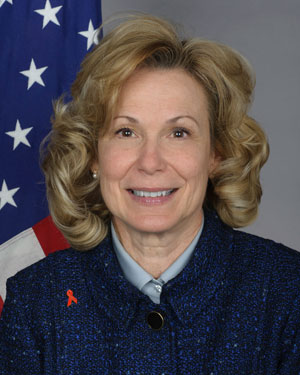 PEPFAR Strategy reaffirms support for HIV/AIDS efforts in over 50 countriesStrategy will ensure access to services by all populations, including the most vulnerable and at-risk groups.

On Tuesday September 19 2017, at the 72nd United National General Assembly, Secretary of State Rex Tillerson released the new U.S. President’s Emergency Plan for AIDS Relief (PEPFAR) Strategy for Accelerating HIV/AIDS Epidemic Control (2017-2020), which reaffirms U.S. support for HIV/AIDS efforts in more than 50 countries, ensuring access to services by all populations, including the most vulnerable and at-risk groups.

The Strategy also outlines plans to accelerate implementation in a subset of 13 high-burden countries that have the potential to achieve HIV/AIDS epidemic control by 2020, working in collaboration with host governments, the Global Fund to Fight AIDS, Tuberculosis and Malaria (Global Fund), the Joint United Nations Programme on HIV/AIDS, and other partners.

The latest PEPFAR data show that, largely through the U.S. government’s support, the HIV/AIDS epidemic is coming under control in 5 of these 13 countries: Lesotho, Malawi, Swaziland, Zambia, and Zimbabwe. These data also indicate that the previously expanding HIV epidemic in Uganda has now stabilized.

According to Ambassador Deborah L. Birx, MD, U.S. Ambassador-at-Large, U.S. Special Representative for Global Health Diplomacy and Coordinator of U.S. Government Activities to Combat Global HIV/AIDS (PEPFAR), ‘as we work together to envision a very different future, what once seemed impossible is now possible because of your compassionate leadership and your commitment in the global fight against HIV/AIDS’.

The announcement was highlighted in The New York Times and Reuters.

Ambassador Deborah Birx further added ‘ this means we have the extraordinary opportunity to change the very course of the HIV pandemic over the next three years’.