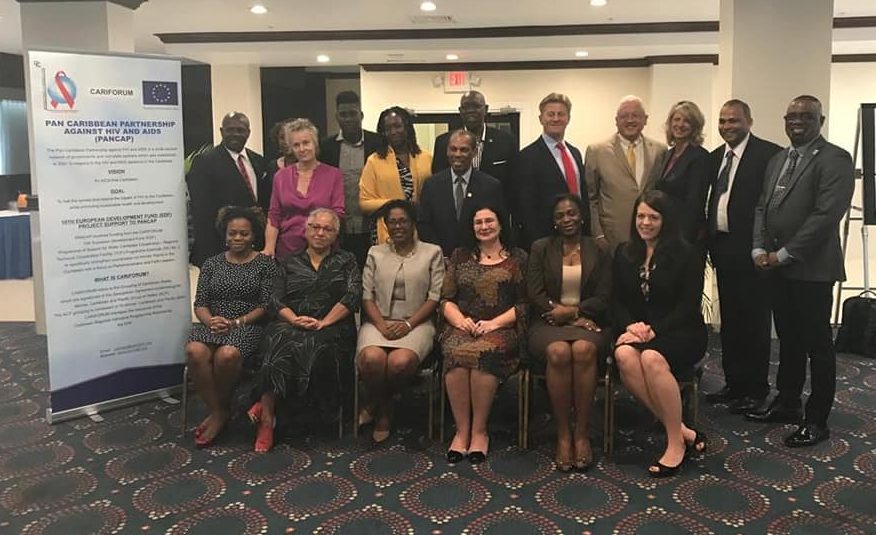 PANCAP to host Parliamentarians Sensitization Forum in JamaicaParliamentarians to define their legislative, representational and oversight roles for addressing the challenges to ending the AIDS epidemic.

The Forum forms part of a series of engagements with parliamentarians, which commenced in 2013 under the PANCAP Justice for All (JFA) programme.  The objectives of the Forum are to outline the challenges to the Jamaica HIV response including stigma and discrimination that serve as barriers to achieving the UNAIDS 90-90-90 Targets and ending the AIDS epidemic, define parliamentarians’ legislative, representational and oversight roles toward addressing the challenges to ending the AIDS epidemic and pursue actions with specific timelines aligned with parliamentarians’ legislative, representational and oversight roles.

Participants will be engaged in making specific recommendations for the establishment of a National Parliamentarian Action Group to function as a coordinating mechanism to facilitate communication with and among National Parliamentary Committees, with specific reference to the 2030 Sustainable Development Goal (SDG) #3: ensuring healthy lives and promoting well-being for all at all ages, with a specific target that by 2030 to end the epidemics of AIDS, Tuberculosis, Malaria and neglected tropical diseases and combat Hepatitis, waterborne diseases and other communicable diseases.

The Forum will also seek to identify ways to collaborate with other stakeholders including faith leaders, civil society, youth, and Key Populations to respond to HIV.

The objectives of the Forum are aligned with the JFA Programme and PANCAP’s regional response to the UN High-Level Political Declaration (June 2011) designed to reduce AIDS-related stigma and discrimination.

PANCAP is a Caribbean regional partnership of governments, regional civil society organisations, regional institutions and organisations, bilateral and multilateral agencies and contributing donor partners which was established on 14 February 2001. PANCAP provides a structured and unified approach to the Caribbean’s response to the HIV epidemic, coordinates the response through the Caribbean Regional Strategic Framework on HIV and AIDS to maximise efficient use of resources and increase impact, mobilizes resources and build capacity of partners.

The Member States of the European Union have decided to combine their expertise, resources and destinies. Together, they have built a zone of stability, democracy and sustainable development whilst maintaining cultural diversity, tolerance and individual freedoms. The European Union is committed to sharing its achievements and its values with countries and peoples beyond its borders’.