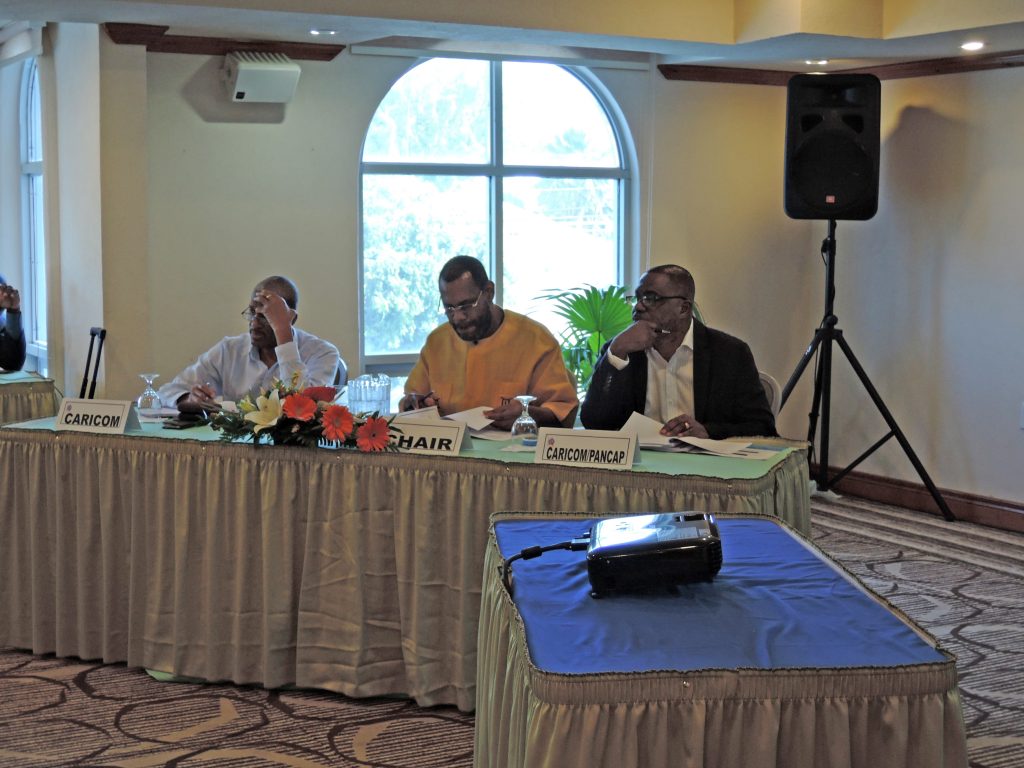 Monday, 21 January 2019 (PANCAP Coordinating Unit, CARICOM Secretariat): The PANCAP Priority Areas Coordinating Committee (PACC), the technical group of the PANCAP Executive Board commissioned an evaluation of the Caribbean Regional Strategic Framework on HIV and AIDS (CRSF) 2014 – 2018.  The PACC is responsible for the coordination and overseeing the implementation of operational plans for the CRSF.

The overall goal of the CRSF 2014-2018 was to halt the spread and reduce the impact of HIV in the Caribbean while promoting a sustainable response within Member States.  The indicators developed to determine the overall achievement of the stated goal included the percentage of persons aged 15 – 49 years diagnosed with HIV in the last 12 months; percentage of children born to HIV-infected mothers who are infected; percentage of persons living with HIV (PLHIV) on treatment (ART) and virally suppressed; and Domestic and International AIDS spending by category and funding sources.

The evaluation was conducted between April and November 2018 with three objectives: 1. Obtain feedback from the regional partners as to the progress, achievements, and gaps of the regional HIV response; 2. determine the level of implementation of the CRSF, the progress, achievements, gaps and challenges; and 3. provide clear recommendations on the strategic priority areas for the new CRSF and to inform its development.

The evaluation was conducted in two phases; Phase 1: Collection and analysis of survey data from a Partner Self-assessment and a Partnership Assessment; and Phase 2: Collection and analysis of data for key indicators of the CRSF 2014-2018 to help the Partnership determine the progress made, particularly in relation to impact and outcomes. During Phase 2, a virtual consultation was conducted among government and civil society partners from countries with the highest number of respondents to the partnership assessment to corroborate the perceptions obtained from the surveys and to determine whether the trends that emerged from the surveys remained or varied significantly. The draft evaluation report was reviewed by PACC members and amended to improve its analytic depth and clarity.

The findings for each of the Six Strategic Priority Areas are presented in the full evaluation report.

The evaluation found that while the Caribbean has made progress in responding to the HIV epidemic, the impact of the prevention response has been inadequate, particularly among key populations. Of concern is that the annual number of new HIV infections among adults in the Caribbean declined by only 18% from 2010 to 2017, from 19,000 [14,000–31,000] to 15,000 [11,000–26,000]. Key populations, Men who have sex with men (MSM), Sex Workers (SWs) and their clients, and partners of key populations, transgender persons, and persons who use drugs, accounted for the majority of the new HIV infections (68%) during this period.

Conversely, new infections among children fell from an estimated 2,300 in 2010, to 1100.  However, although significant progress has been made in eliminating mother-to-child transmission of HIV, available data for the period 2015 – 2017 showed that HIV infected pregnant women receiving ART to reduce HIV transmission declined from 92% in 2014 to 79% in 2015 and 75% in 2016 and 2017 respectively, illustrating a significant decrease that requires investigation.

However, the gap to achieving all three 90s at the end of 2017 was the need for an additional 103,000 people living with HIV to be on ART and be virally suppressed. Given this situation, the Caribbean is at risk of not achieving the 2020 Targets.

Global financial resources to support the HIV epidemic have been progressively decreasing since 2011. However, domestic financing has improved during the implementation of the CRSF 2014-2018[2]. UNAIDS 2018, noted that “domestic resources increased between 2006 – 2017 by 124%, while international resources declined by 16%”[3]. As at the end of 2017, domestic resources were contributing significantly to the cost of ART and the overall treatment programme.  Despite this trend, national resources to support services to achieve prevention continue to be low[4], with the implication that the gains could be reversed if this gap is not quickly filled.

The evaluation team proposed a number of overall recommendations for the goal as well as specific recommendations to address the gaps and challenges identified under each Strategic Priority Area. Additionally, the team proposed that the following Strategic Priority Areas should be retained in the new CRSF: An Enabling Environment, Prevention of HIV Transmission, Treatment, Care and Support, Integrate HIV into Health and Socioeconomic Development and Sustainability.

The Priority Areas Coordinating Committee, which was convened virtually on 10 January 2019 accepted the evaluation report. The PANCAP Executive Board which was convened virtually on 17 January 2019 also accepted the evaluation report and thanked those responsible for preparing the report; recognized that while the Caribbean has made progress much more needs to be done to achieve the targets; called on all countries and the Partnership to renew efforts to build capacity and work together to  achieve the targets.

The Execute Board noted the legal judgments in Caribbean courts affirming human rights arising from litigation and called on countries not to wait on litigation but to make amendments to laws to recognize the rights of key populations and the rights of all to access sexual and reproductive health services. The board also noted that while tens of thousands of cases of HIV infections have been prevented there is a need to significantly reduce new infections, and this requires that countries promote age-appropriate sexual education and skills and extend sexual reproductive health services to all youth and key populations.

The board also called on all countries to introduce innovative prevention approaches and improve the quality of prevention services to ensure greater impact in reducing new HIV infections, and further called on the Priority Areas Coordinating Committee to develop a new Caribbean Regional Strategic Framework on HIV and AIDS for the period 2019 to 2023.