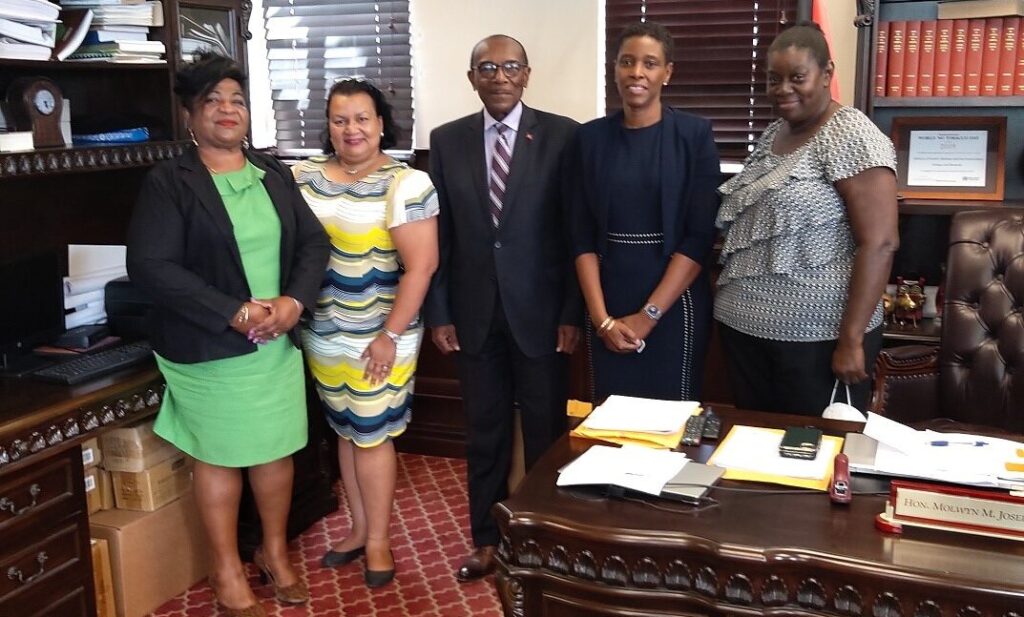 Several Caribbean countries have graduated to middle-income status over the past ten (10) years, and more are transitioning out of eligibility for external funding from traditional donors. This has increased the burden on countries to fund and manage their priority health programmes without external support. Further, the economic impact of COVID-19 has put increased burden on countries where the expertise of HIV programmes has been leveraged but without budgetary increases.

Civil Society Organisations (CSOs) and Community-Based Organisations (CBOs) have been critical players in their national HIV responses, providing expertise for efficient service delivery and deeper penetration into general, key and vulnerable populations. External donors have traditionally supported these non-government entities; hence CSOs will be significantly impacted by the decrease in funding. This risk of losing the gains made over the past decades would further isolate the key and vulnerable communities.

Social contracting has been proposed for several years as a viable option to sustain the critical work by CSOs and CBOs in their country’s HIV response.

In early 2021 the CARICOM Secretariat, via PANCAP, advanced this mechanism by developing a tool kit to guide countries on the process should they consider social contracting a viable option. Later in 2021, PANCAP examined seven (7) countries to determine if they already had a funding mechanism to support non-government players or were interested in establishing or strengthening social contracting as a financing option. The latter would be a mechanism by which governments would finance programmes, interventions and other activities implemented by CSOs to respond to HIV and AIDS through a public tender.

Barbados, Guyana and Jamaica have already commenced implementation or have decided to pilot social contracting. However, other countries were identified as being near ready to advance should 1) the appropriate advocacy be provided and 2) domestic funding be identified. Antigua and Barbuda was one such country.

The AIDS Secretariat, Antigua and Barbuda, convened a workshop in March with critical CSOs to increase their understanding of social contracting and its benefits. This was followed by individual in-person organisation meetings to explore their capacity and interest in receiving public resources. Sessions were then held with senior government gatekeepers, including the Ministry of Health Wellness and Environment and the Ministry of Finance, to identify procurement processes, a potential package of services, and gaps in targets.

Weeks of hard work culminated on 31 March 2022, when discussions were held between CARICOM-PANCAP and the Ministry of Health, Wellness and the Environment in Antigua and Barbuda on social contracting. Honourable Molwyn Morgorson Joseph, Minister of Health, Wellness and the Environment, indicated his strong support for the tremendous work of the National AIDS Secretariat and the work of CSOs in reaching key populations. He also expressed his confidence in social contracting being a valuable tool to support Antigua and Barbuda’s national response.

Minister Joseph intends to meet with CSO partners to recognise their work and has reached out to CARICOM for additional support in developing the critical programme documents and government submissions to start a pilot in the next fiscal year, 2023-2024. Antigua and Barbuda would be the first country in the Organisation of Eastern Caribbean States (OECS) to implement social contracting.