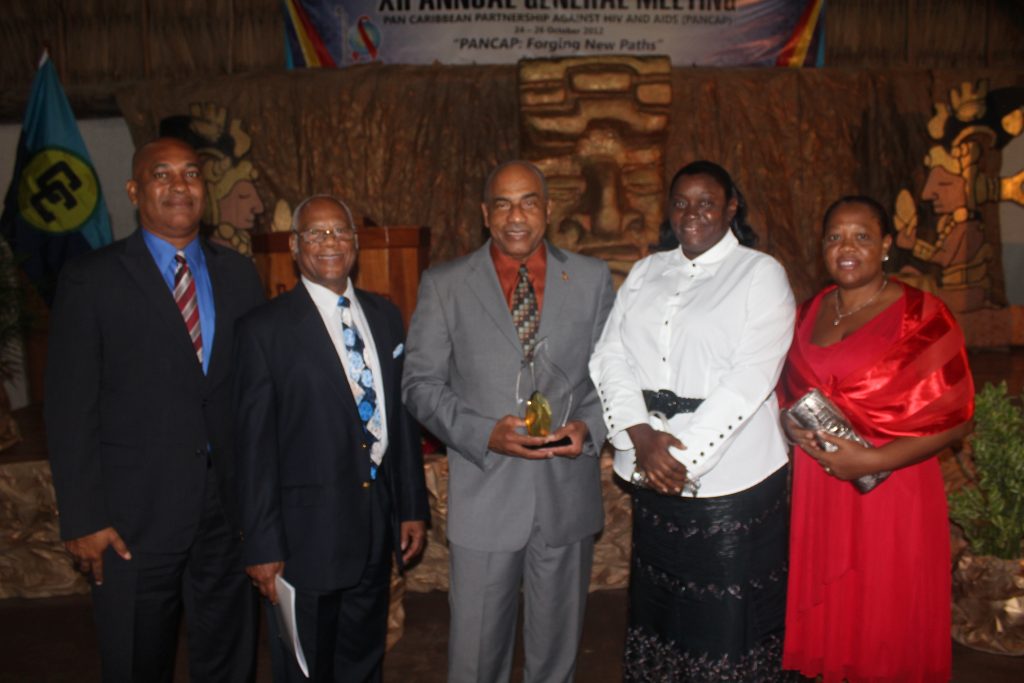 Dr Sir Prince Ramsey, who died on 3 May 2019, will be remembered as a stalwart in the Region’s response to HIV.  The Antiguan doctor played a pivotal role in advocating for HIV patients at the height of the AIDS crisis in the 1980s and contributed significantly to ground-breaking work for HIV services for pregnant women.

In recognition of his remarkable contributions, he received the PANCAP Award in 2012 for “excellence in advancing the Caribbean’s response to HIV and AIDS”.  During the ceremony, colleagues, friends and family members recounted not only his contributions to public health but his generosity, love for humanity and passion for life.

His work as a humanitarian has earned a wealth of recognition in the Region and beyond including an Honorary Doctor of Science Degree from the Open Campus of the University of the West Indies. Just last year he was awarded the 2018 United Nations Population Award, which recognises individuals who have made outstanding contributions to population and reproductive health solutions.

Colleagues have described Dr Sir Prince Ramsey as a professional motivated by service to those in need rather than financial gain.  This is evidenced by his voluntary contributions to public health.  He was a volunteer medical officer, lecturer and examiner for the Red Cross and St. John’s Ambulance Society.

He was a past president of the Antigua and Barbuda Medical Association and former treasurer of the Caribbean College of Family Physicians. He was Vice President of the Antigua and Barbuda Planned Parenthood Association; a board member of the Caribbean Family Planning Affiliation and the International Planned Parenthood Federation.

Dr Sir Prince Ramsey was the founder and chairman of the Friends of Fiennes Institute. He was the recipient of a Queen’s Commission as Major and Medical Officer of the Antigua & Barbuda Defence Force and was an Honorable Member of the Association of Military Surgeons of the USA. Sir Prince was the recipient of three National awards: The Order of Merit, The Order of Distinction, and The Knight Grand Cross of the Most Distinguished Order of the Nation.

His passion for service to his country extended beyond public health as Dr Sir Prince Ramsey was also a patron of Antigua and Barbuda’s culture including art and calypso music.

Indeed, the Region has lost a son of the soil who has contributed significantly to health care and better health outcomes for People Living with HIV.

Perhaps Dr Ramsey’s remarkable life is best captured in the words of H.E. Gaston Browne, Prime Minister of Antigua and Barbuda, who stated, “Dr Prince Ramsey was a superb physician who frequently delivered services to his patients at no cost. He was recognized as a very generous and thoughtful caregiver. Dr Ramsey was also a servant of the calypso community; his contribution to the art-form was surpassed by no-one.  His contribution to nation-building, to wellness, and to the development of the cultural life of Antigua and Barbuda are applauded by all”.