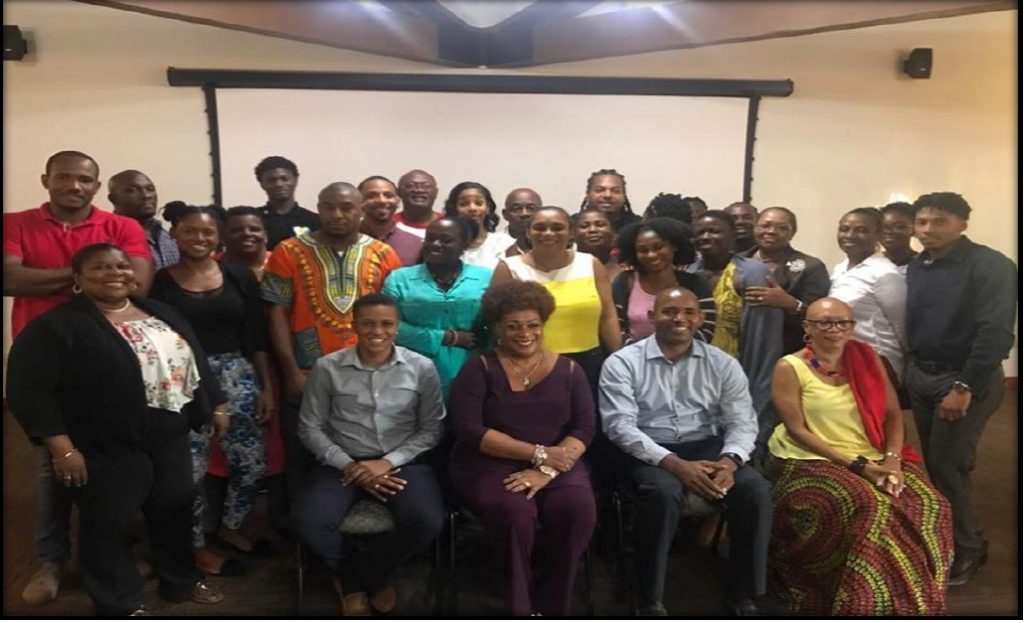 The Organization of Eastern Caribbean States (OECS) Regional Coordinating Mechanism (RCM) leveraged the strategic advantage of the media by hosting a workshop on how to create effective HIV Advocacy Public Service Announcements (PSAs).

Key Populations (KPs) in the Caribbean, People Living with HIV (PLHIV), Men who have sex with men (MSM), sex workers and the Transgender community still face troubling levels of stigma and discrimination in their communities.

Discrimination remains a barrier to accessing HIV prevention services and retaining and ensuring adherence levels.  It also takes a toll on the mental health of PLHIV. KPs often lack the resources, funding and sensitive services to deal with these issues.  Sensitized KPs can engage the media who can become advocates and partners in the cause.  There is evidence that the media can be utilized as an effective tool for advocacy, strategy, and programming to address structural barriers.

Dr. Leacock challenged the participants to change the generic HIV stigma narrative and empower key populations to create their own messages and have their voices heard while enlightening audiences to love, protect and respect all people.

Given her 12-year track record of training media on how to report responsibly and accurately on the multi-faceted and complex issue of HIV and having created over 100 behaviour change PSA media campaigns,  Dr. Leacock used this experience to effectively engage key populations on ways in which to create their own messages and use the power of media to become unwitting advocates to reduce stigma and discrimination in our region.

According to Dr. Leacock “the workshop was designed to be interactive through sessions with practical exercises, details of advocacy and the multiple media tools available that can be used by advocates, while Health officials and partners were shown tangible examples of ways to reduce stigma in their services, using the approaches they understand”.

This workshop and the programme that it supports proved to be unique because of the mutual benefits for the media, key populations and Ministry officials who were provided with the opportunity to collaborate on their own PSAs.

The OECS RCM used its grant not only to build its stigma reduction capacity but also to build the capacity of several local Civil Society Organizations (CSOs) that are working on stigma reduction advocacy programming as well. Dr. Leacock noted, “Giving key populations the tools as well as the platform with which to amplify their efforts and voices is novel and unprecedented”.

She highlighted that while the objective of the workshop was to produce one PSA, the media operatives involved in the training offered further guidance and expertise, which resulted in the production of three PSAs.