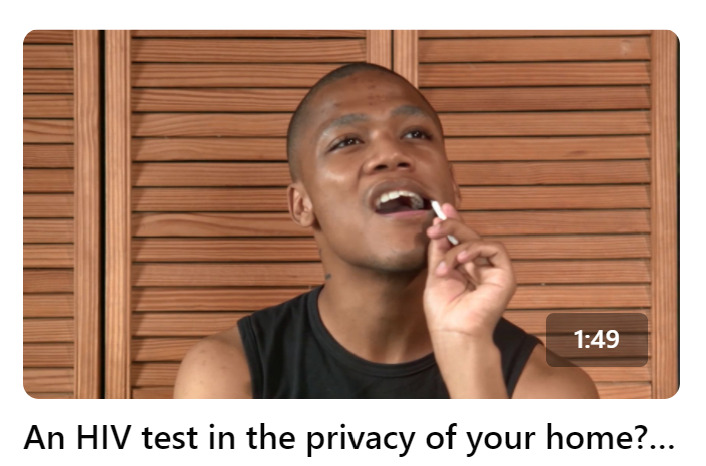 On Tuesday 8 March 2022, the National AIDS Commission (NAC) Belize launched its HIV Self-testing (HIVST) Pilot Project to increase HIV testing and prevention, particularly focusing on reaching men. The HIVST Pilot Project is supported by the Caribbean Med Labs Foundation (CMLF) under the PANCAP-CVC-COIN Multi-Country Regional Grant of which Belize is a beneficiary.

As part of the pilot project, CMLF provided the NAC with fifty (50) OraQuick HIVST kits.

“The OraQuick HIVST kits that we’re piloting have been pre-approved by the World Health Organization (WHO) and is 99% reliable, convenient, and private”, stated Mr Enrique Romero, Executive Director, NAC, Belize.

The Belize Pilot Project is facility-based and implemented by Civil Society Organizations – Belize Family Life Association (BFLA) and Belize’s Civil Society Organization Hub (CSO-Hub) through Go Joven Belize. The pilot project will allow for the documentation of testing experiences as well as validation of results to determine test kit reliability as well as inform decision-making for subsequent implementation.

“Majority of persons becoming infected with HIV are young adults, particularly members of vulnerable populations, sex workers, men who have sex with men (MSM) and transgender persons; this is the population we are targeting under this Pilot,” stated Mr Romero.

The HIVST Pilot Project in Belize comes at a most crucial time. Since the start of the pandemic, testing across the country has slowed, and progress made in HIV prevention could be lost.  Incidents of stigma and discrimination have also increased.

Viewing HIVST as a pathway of empowerment, the NAC is reenergized and remains optimistic about the future of HIV prevention, diagnosis, and treatment in Belize.

Persons interested in participating in the ongoing pilot can visit BFLA or the CSO-Hub for testing.

To support National AIDS Programmes and Civil Society Organisations in the implementation of HIVST, PANCAP has developed and distributed a series of instructional videos including a step-by-step demonstration on how to use an HIVST kit.  The videos are available for download on the PANCAP website and YouTube Channel.