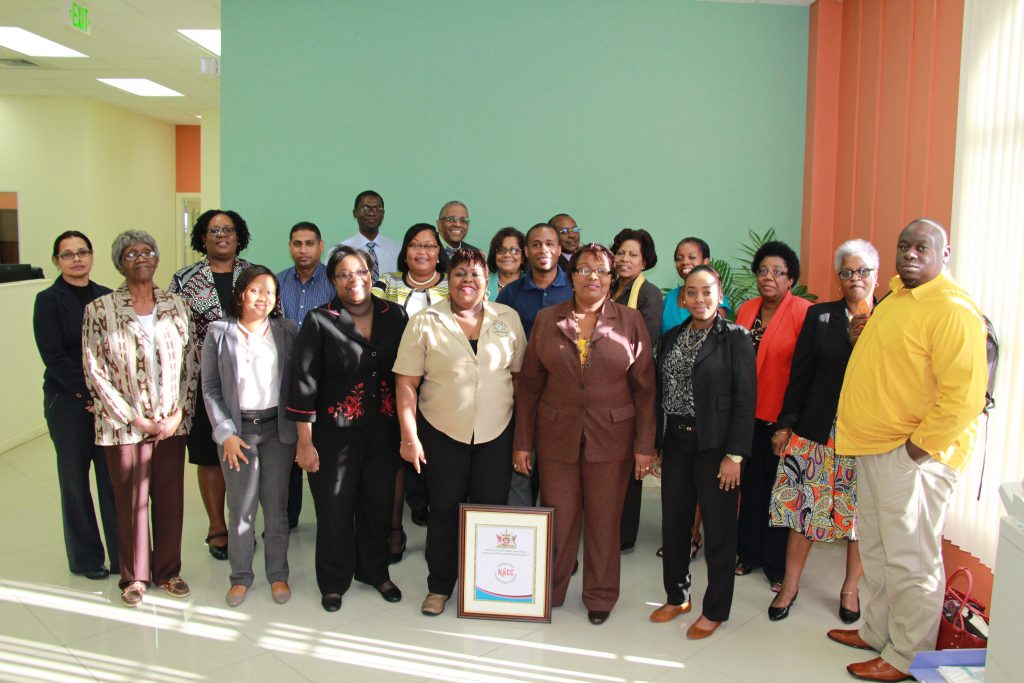 The National AIDS Co-ordinating Committee (NACC), Republic of Trinidad and Tobago, has been mandated by Cabinet to deepen multisectoral partnership in an attempt to achieve increased national commitment, support and ownership of the response to HIV and AIDS. The Government through its National Development Strategy 2016-2030 has also signalled that there should be ‘consultative mechanisms to sustain strategic focus, co-ordination and improved efficiency in the execution of development interventions through key stakeholders. As a result, on September 20th 2017 the NACC held its first NGO Forum and statutory monthly meeting at the Office of the Prime Minister, Central Administrative Services Tobago (CAST).

Representatives from five NGO Organizations attended and vibrantly participated in the Forum. The participating NGOs were informed about the work of the NACC including its membership, the success of activities undertaken in 2017 and future plans such as the re-establishment of the Tobago HIV AIDS Coordinating Committee (THACC).

The NGOs were welcomed to openly discuss key challenges faced in Tobago. NGOs were also encouraged to share some of their proposed activities for the rest of the year along with areas in which they needed capacity building and assistance.

The representatives present expressed that they were looking forward to the re-establishment of the THACC. It is anticipated that it would open channels for NGOs to express their concerns, directly access resources and provide a mechanism for more effective collaboration. The Chair of the NACC Ms. Heather Rodney informed participants that in the interim they may address their concerns to two representatives for Tobago on the NACC – Dr Tiffany Hoyte and Mrs Margaret Wright – as well as the NACC Secretariat. Participants were further encouraged to work together as this will increase the likelihood of overcoming some of the challenges faced by individual organizations. Lastly, the NGOs were reminded to access the HIV AIDS NGO Online System (HANOS).

After the NGO Forum was concluded, the NACC held its monthly statutory meeting at the same venue. The meeting was addressed by Dr. Agatha Carrington, Secretary of Health, Wellness and Family Development at the Tobago House of Assembly and former NACC member, who indicated that the THA is committed to re-establishing the THACC. Highlighted were the NACC’s upcoming activities, challenges and concerns surrounding the current economic situation and its effect on the national response to HIV and AIDS.