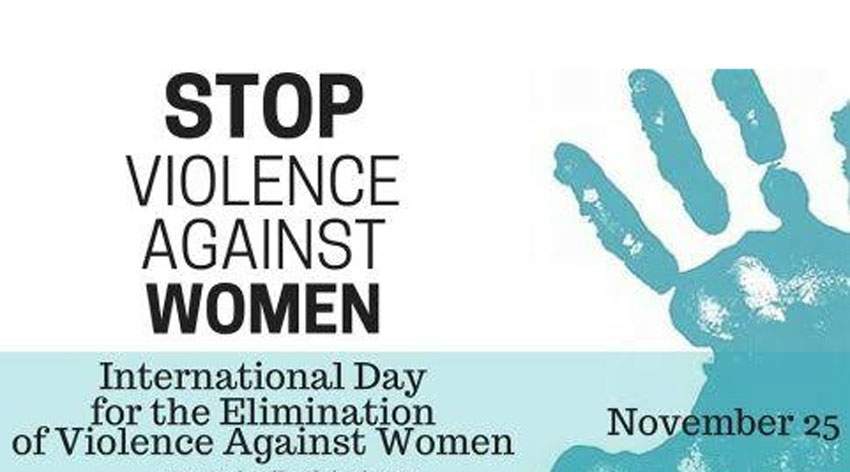 25 November marks the International Day for the Elimination of Violence against Women and kicks off 16 days of activism to stop gender-based violence (GBV). The Caribbean Family Planning Affiliation (CFPA) joins the rest of the world in calling for governments to take urgent action to ensure discriminatory laws and practices are reviewed, and to implement policies and mechanisms to enable women to access justice, support and provide the necessary tools to combat this horror that plagues their lives, families and the entire region.

Violence against women remains pervasive and far too often a fatal phenomenon across the Caribbean with severe consequences for women and children, and also negatively impacting men, some of whom commit suicide, after murdering their partners and /or their children. GBV has harmful effects on a child’s mental, emotional and physical health with long term impact, which can result in boys modelling the abusers’ behaviour and becoming perpetrators of GBV.

GBV is most commonly committed by an intimate partner or family member. The World Health Organization (WHO) estimates that globally 35% of women have been victims of physical and/or sexual violence at some point in their life, typically by an intimate partner. As of December 2014, the total number of women who were murdered in Latin America and the Caribbean had increased to 1,906 cases (ECLAC) with 38% of the cases resulting from domestic violence (WHO).

GBV has serious health challenges for women, whose vulnerability can increase, losing their ability to control their reproductive health. Women who live in abusive situations often have less ability to negotiate the use of condoms or other contraceptives in order to protect themselves.  They become exposed to sexually transmitted infections (STIs), including HIV and unwanted pregnancy.

A woman who has been raped carries the trauma of the violence and often has to deal with an unwanted pregnancy. With the exception of Barbados and Guyana, women in the English speaking Caribbean are further violated by restrictive laws and policies, which limit their reproductive choices and put them at severe health risks and high susceptibility to a never-ending cycle of violence.  A woman with an unwanted pregnancy, especially resulting from rape, usually has an urgent need to terminate her pregnancy, even if safe and legal abortion options are unavailable. In this situation, she is put at high risk for complications, including debilitating injuries and death.

The Caribbean Family Planning Affiliation, which is a member of the International Planned Parenthood Federation (IPPF), has a high priority on the right of a woman to choose and decide what to do with her body. Ending gender-based violence and reproductive injustices are key steps in transforming the lives of women and girls. Family Planning Associations across the region work to provide women, girls and also men and boys with quality rights-based services, counselling and education, including age-appropriate comprehensive sexuality education.

Today, we join with women and girls who cry out from the terror of GBV and gender injustices, calling on our governments to accelerate actions towards the 2030 Agenda, with attentiveness to gender justice and equality goals that address critical issues affecting the lives of women and girls, such as gender-based violence, sexual and reproductive health and rights, adolescent pregnancy, the feminization of poverty, including unpaid care work, and climate justice.

Women’s Rights and Youth Organisations need to be strengthened to take leadership in transforming the region’s unjust heteronormative and patriarchal social norms which police and stigmatize women’s sexuality, and prevent women and girls from seeking and accessing the information and services they need to protect themselves and live a healthy life.

The advancement of our societies will be quashed if we fail to ensure that women and girls are assured of a life free of violence, and are free to fully exercise their sexual and reproductive rights.