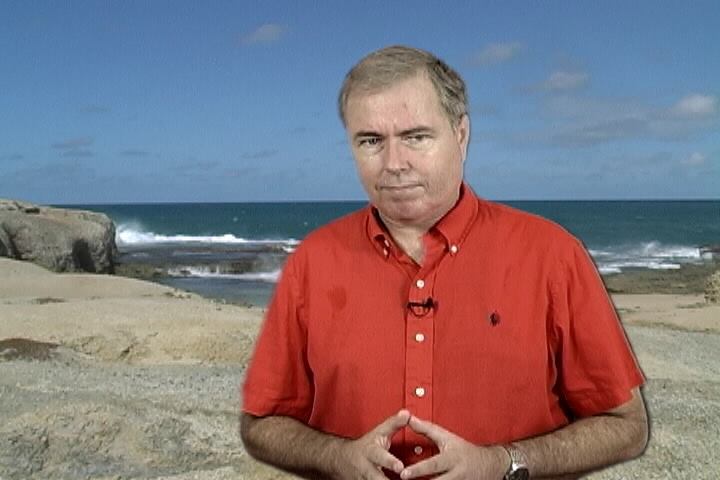 Dr. Allyson Leacock, Executive Director, LIVE UP: The Caribbean Media Alliance spoke with the editor of the PANCAP Newsletter about the amazing career of Kent Jordan, Technical Director of LIVE UP.  Kent sadly passed away on January 28 but he is fondly remembered by his colleague and friend.  Dr. Leacock’s reflections on this veteran of the HIV response is below:

My words seem woefully inadequate. Kent has been my colleague and friend, since my early days in broadcasting until the morning of January 28.  We were colleagues for four decades. Throughout that time, he remained the same authentic human being, with impeccable character and integrity.

From our days at “Barbados Rediffusion” that morphed into “Voice of Barbados 790AM” (VOB), to the “Caribbean Broadcasting Corporation (CBC)”, when as General Manager, I asked him if he would join my team.  We also worked closely at the “Caribbean Broadcast Media Partnership (CBMP)” and remained colleagues at “LIVE UP: The Caribbean Media Alliance”. During this time, Kent remained the same astute, committed, compassionate professional, who knew far more than most.

Talking to Kent was like watching the “Discovery Channel” (where some of his work was shown), “National Geographic” and Sci-fi channels all in one. He was a walking encyclopedia, sharing minutiae and explaining how everything worked, especially equipment and why it worked that way. His work for Caribbean tourism with his “Holiday Channel” and his work for the “United Nations Environment Programme” on climate change are testimony to his yeoman’s service, not only to Barbados but also to the Caribbean.

Unassuming and amiable, he could work with anyone from the most arrogant to the most ignorant, demonstrating a rare and admirable ability to move past ego and achieve efficiency never taking his eye off the goal. He remained in the background but was the wind beneath many wings.

There are so many outstanding highlights of his phenomenal work on projects in partnership with others, that it’s hard to choose, but for CBMP and LIVE UP some standouts are his herculean efforts producing and directing:

1. CBMP Annual Executive Meetings in Cuba, Belize, Jamaica, Curacao, and Antigua
2. LIVE UP: The Show Series for 8 years
3. Anti-stigma Messages – St. Lucia, British Virgin Islands and Jamaica, and his voice will live on in all of our Live up Public Service Announcements (PSAs).
4. Producing and directing the CBMP 5TH Anniversary Media Leaders’ Summit with over 100 Caribbean media executives
5. International AIDS Conferences in Vienna, Mexico, and Washington—when he ensured every journalist filmed, edited and filed their stories back to the Caribbean every day.
6. PANCAP@10 IN ST.MAARTEN, where Kent and the Dream Team played a critical role in the technical logistics of this milestone event! And finally,
7. Regional Testing Day – RU+UR-?… (Are you positive you are negative?) that catchy jingle and the concept for its filming in the Frank Collymore Hall was entirely Kent’s and it became a hit that had to be used over and over for four years. Kent toiled in customizing and distributing those PSAs for 21 countries every year. Last year was the swansong and grand finale at its 10th anniversary and I’m so happy he was able to be part of it, recording the 33 citations for the awards ceremony and directing the televised broadcast across the region.

Kent Jordan is nothing short of exceptional. In all the decades I’ve known Kent, I’ve never heard him complain. Kent has been our rock through thick and thin despite his health challenges, he has always selflessly given us 100 percent of his expertise, so dedicated was he to his craft and to LIVE UP.

The impressive body of work created by Kent is the embodiment of passion and professionalism. We honour Kent for his gentle spirit and unmatched loyalty and support of LIVE UP to his death.

On behalf of the Chairman and the Board, we thank his family for your gracious gesture of support and send you love and light.

“Kentus”, I miss you already.

Well done! You were good and faithful to the end. You were the personification of LIVE UP: we shall love, protect, and respect you always and forever.