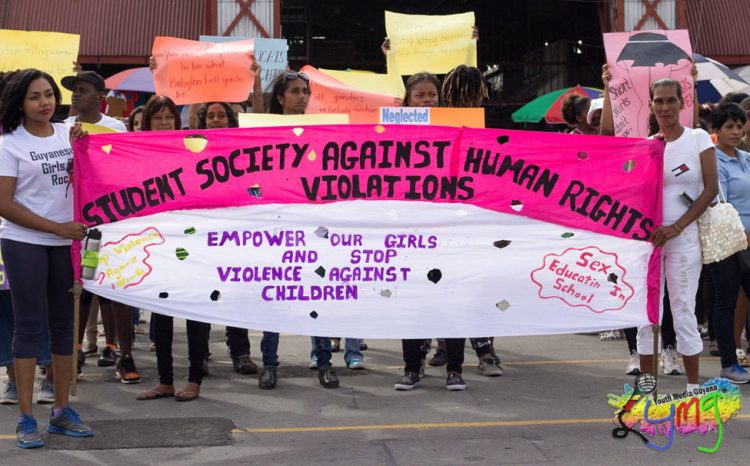 GEORGETOWN, GUYANA: The “Justice for Our Girls” March, scheduled for 10 March, will focus on the fight against gender inequality and gender-based violence.

The activity is being organised by the Student Society Against Human Rights Violations in collaboration with Life in Leggings: Caribbean Alliance Against Gender-based Violence.

The event will see participants assembling at the Square of the Revolution before moving along Brickdam to the Stabroek Market Square.

There will be speeches, cultural performances, and free social services, such as on-site HIV testing, after the March.

According to Student Society Against Human Rights Violations member Akola Thompson, the March is centered upon intersectional feminism.

“Mental health, sexual and reproductive health and rights, women and child safety and LGBT rights are topics that will be addressed at the March through speeches, performances and group engagements,” she said.

A similar event was held last March when a large number of persons joined others around the Caribbean who marched in recognition of the historic achievements women have made worldwide, and to continue the struggle for equality.