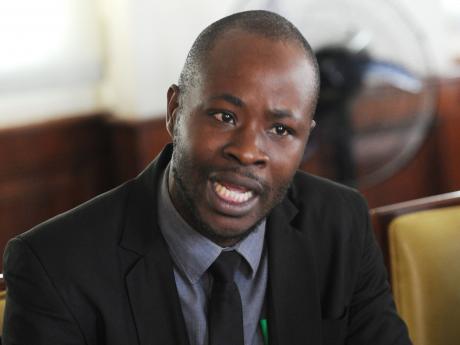 The Jamaica AIDS Support for Life (JASL) wants the Data Protection Act to make provisions to protect information on an individual’s sexual orientation and behaviour as well as sexual activities and attractions.

The group made the suggestion on Tuesday 27 March in its submission to the joint select committee of the Parliament of Jamaica reviewing the Data Protection Act.

The human rights organisation which has as its clients many of Jamaica’s vulnerable sexual groups, made five recommendations to the committee.

Among them, a deliberate effort in the wording of the Act to protect people’s health information, sexual orientation and HIV status.

Advocacy Officer and spokesperson for the group, Patrick Lalor said the Data Protection Act should protect information on people’s sexual orientation and HIV status.  He also wants the Bill to reflect prohibitions for insurance companies to require HIV tests to provide coverage, noting that it was easier for an individual who was hypertensive and had a pre-existing condition to get coverage, than for an HIV positive individual even as new medicines have emerged allowing people with the virus to live longer.

However, committee members Franklin Witter, Juliet Cuthbert Flynn and Julian Robinson disagreed with various aspects of the presentations.
Flynn said many individuals were denied policies with conditions other than HIV.

She said she was unable to get full coverage because of surgery done when she was 19 years old.

It was the view of most that insurance companies were driven by profits and were not keen on making payouts if it was determined that an individual’s pre-existing condition would cause early payout of massive sums.

*A more deliberate effort in the wording of the Act to protect people’s information
*Revisiting the definition of a minor
*A more equitable system of obligation placed on data controllers
*The inclusion of an oversight body for the Information Commissioner
*The broadening of the definition of consent to include informed consent (consenting based on
knowledge of what is required) and coerced consent (information given by coercion).