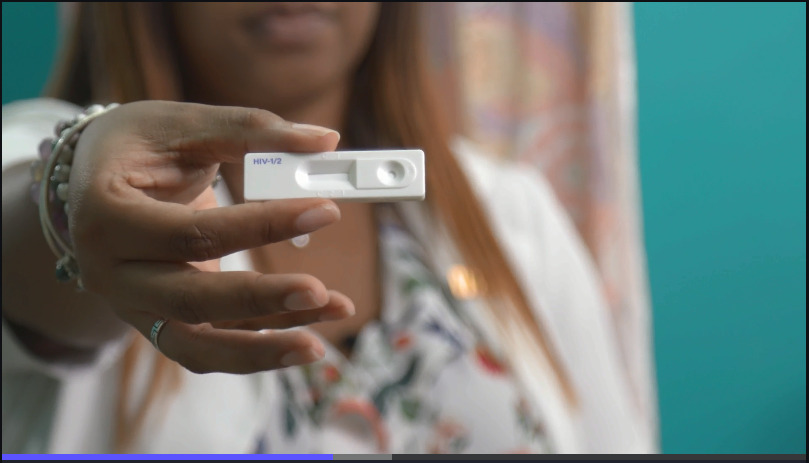 In Your Hands: Caribbean partners call for HIV self-testing during COVID-19

Stakeholders of the Caribbean HIV response have launched the In Your Hands HIV self-testing campaign, which advocates for self-testing policies to be developed and implemented as part of a comprehensive strategy to ensure that HIV diagnosis does not decline during the COVID-19 pandemic.

Even before COVID-19, the Caribbean was not on track to achieve the 90% testing target due at the end of 2020. In 2019, 77% of all people living with HIV in the Caribbean knew their HIV status. A survey conducted by the Pan Caribbean Partnership against HIV and AIDS (PANCAP) and the Pan American Health Organization (PAHO) showed that during 2020 facility- and community-based HIV testing services were reduced in 69% of countries due to COVID-19.

“This decline means that people with undiagnosed HIV are not getting life-saving antiretroviral treatment and, of course, continue to be unaware of their HIV status, with the risk of potentially exposing others,” said Sandra Jones, PAHO’s Technical Advisor for HIV/STI, TB & Viral Hepatitis in the Caribbean.

“The COVID-19 pandemic has presented the opportunity for us to explore new and innovative approaches that are result-oriented,” Rosmond Adams, the PANCAP Director, said.

According to James Guwani, the UNAIDS Caribbean Sub-Regional Office Director, it is particularly important to increase testing uptake among men, who are more likely to be diagnosed late. In 2019, 85% of Caribbean women living with HIV were aware of their HIV status, compared to just 72% of men. There is also a need to increase testing coverage among members of key populations who have reduced access to HIV services due to stigma and discrimination.

The World Health Organization recommends that HIV self-testing be offered as an additional approach to facility- and community-based services. Evidence shows that self-testing is safe and accurate and increases testing uptake among people who may not test otherwise.

Through the campaign, partners are advocating for national policies to include a communication package with information to link testers to HIV prevention and treatment services and minimum standards for the procurement and distribution of HIV self-testing kits in the private and public sectors.

“We strongly believe that HIV self-testing can help close the gap in the first 90. It can be targeted to individuals not being reached by existing HIV testing services, particularly those populations with low testing coverage and at high risk of HIV. It’s not a replacement for all testing services, but it should be included in the toolbox,” said Victoria Nibarger, the Caribbean Regional Programme Coordinator for the United States President’s Emergency Plan for AIDS Relief (PEPFAR).

Under a Global Fund to Fight AIDS, Tuberculosis and Malaria project for the region, work is underway to conduct verification and feasibility assessment to introduce HIV self-testing across countries. Already, Guyana has announced plans to roll out HIV self-testing this year, while several countries have either committed to developing policies or are now doing so.

UNAIDS is helping to coordinate the campaign in the Caribbean, focusing on supporting a knowledge management strategy that ensures all stakeholders have the information, messages and tools they need to lobby at the national level successfully. A key priority is ensuring civil society engagement and addressing community concerns about how self-testing policies will be implemented.

While representatives of communities of people living with HIV and key populations endorsed the call for HIV self-testing, they have advised that increased investments are needed in post-test counselling and adherence counselling for the entire HIV response.

Deneen Moore, a Caribbean representative of the International Community of Positive Women, said, “We need to improve peer navigation so that when people test positive, they have someone there to help them. We also need more social contracting so that civil society organizations can help reach people who test positive. There is definitely a need for us to be involved in the process.”