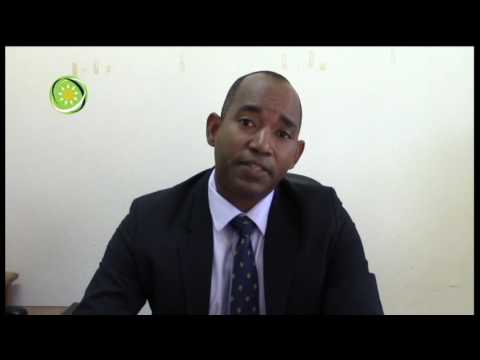 HIV data collection a challenge for OECSDoctor Cleophas D’Auvergne revealed that it is especially difficult to collect data on men who have sex with men.

HIV data collection for key populations in the Organisation of Eastern Caribbean States (OECS), remains a challenge despite the many successes of the OECS HIV/TB Elimination Project, it has been revealed.

Project Coordinator for the OECS, HIV/TB Elimination Grant, Doctor Cleophas D’Auvergne, has disclosed that this is especially true of men who have sex with men with regard to HIV testing and outreach for them.

“We’re trying to ascertain the gaps we see now in the current grant so that we can use those gaps and actually try to incorporate synergies towards facilitating an improved continuation of the grant in the future for 2019 to 2022,” he told the Communications Unit of Saint Lucia’s the Ministry of Health and Wellness.

In 2015 the OECS Regional Coordinating Mechanism (RCM) was awarded a grant of US $5.2 million by the Global Fund, towards the elimination of HIV and TB in the OECS.

With grant funding coming to an end in 2019, the RCM has been invited by the Global Fund to prepare another 3 year grant spanning 2019 – 2022 to facilitate the continuation of services under the current grant.

Despite the challenge of date collection, Doctor Cleophas D’Auvergne noted that among the successes of the project are workshops on combination prevention, a minimum package of services for sexual and reproductive health, human rights and legal literacy training, the sustained procurement of ARVs, condoms and lubricants for key populations and the production of educational manuals.

“HIV and Syphilis train the trainer” workshops are also among the achievements highlighted for greater penetration of key populations.

He said clinical guidelines for HIV/TB and STIs have also been developed and updated.

‘With regard to surveillance, we’ve had a major success in terms of conducting the population size estimate studies we’ve been trying to do for a number of years now. At least 10 years and we’re finally able to have this completed. We’re now in the data analysis and validation phase, as well as we’ve developed our HIV Clinical Management Module which will be used to actually strengthen the validation process for mother to child transmission of HIV and strengthen TB elimination in the future,’ D’Auvergne observed.