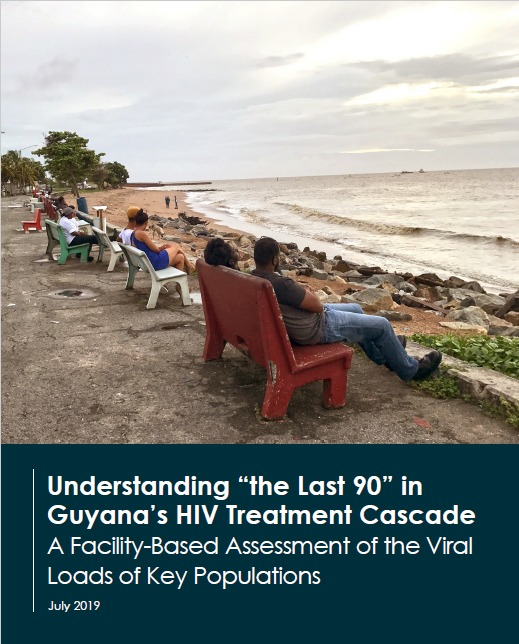 SASOD Guyana was the local study partner for the Guyana Key Populations Viral Load Assessment.  Funding for this project was provided by the United States President’s Emergency Plan for AIDS Relief (PEPFAR) through the United States Agency for International Development (USAID) and the Global Fund to Fight Tuberculosis, AIDS and Malaria with technical support from MEASURE Evaluation in collaboration with the Ministry of Public Health’s National AIDS Programme Secretariat.

SASOD Guyana’s Public Health Consultant, Dr Nastassia Rambarran, and Managing Director, Joel Simpson led the fieldwork. The study surveyed 1082 Persons Living with HIV (PLHIV) who attended five care and treatment centres in Georgetown and collected blood for viral load (VL) testing in a subset of those surveyed. The enumerators were recruited from the staff of the five sites and were trained by the SASOD Guyana and MEASURE Evaluation research team.

The study showed that PLHIV reported almost no difficulty in accessing health services and that key populations (KPs) face elevated health, social and economic risks. For example, KPs in HIV treatment tended to be younger, more likely to be unemployed, engage in transactional sex and consume alcohol and illegal substances more than non-KP respondents.

Among those who engaged in transactional sex, only 55% had used a condom at the last paid sex. The study also showed that the HIV information system in Guyana has incomplete information on VL testing and results with health facilities not meeting VL testing targets and therefore not being able to provide optimal HIV services to their clients. The data from the study could, however, be used by implementers to fill those gaps at the programmatic level and to estimate the viral suppression in Guyana with more accuracy.

To read the complete study on PANCAP.org click here.