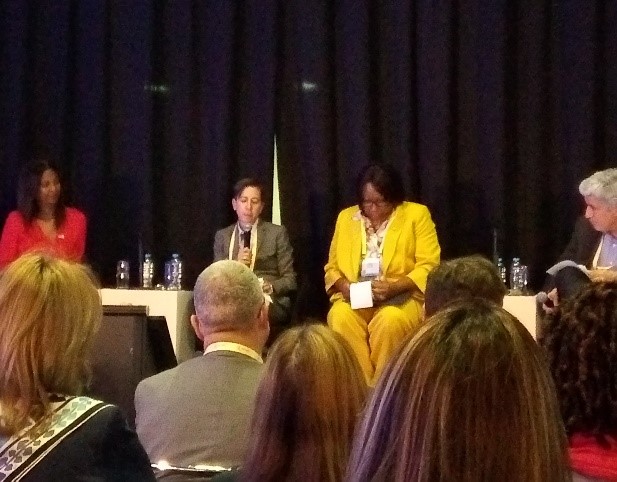 First Lady of Belize calls for empowerment of women and girls

First Lady of Belize, Kim Simplis-Barrow, called for empowerment of women and girls as a priority for achieving universal health coverage and HIV targets.  The First Lady was speaking at the Global Fund Dialogue among leaders on mobilizing and promoting better use of HIV and health investment convened at the 10th International AIDS Society Conference on HIV Science which is being held in Mexico City, Mexico from 20-24 July.

Ms Simplis-Barrow emphasized that there is a critical need to address human rights and stigma and discrimination, gender inequality, violence against women and girls and poverty that place them at higher risk. All these issues serve as barriers to access to services. She lauded PANCAP and other partners’ support to Belize in the development of an Anti-Discrimination Legislation. She noted that Spouses of Caribbean Leaders have influence in bringing about an enabling environment.

The First Lady also called for a successful Sixth Replenishment of the Global Fund, which she believes would allow for the global financing mechanism model to continue. She reminded the audience that the Global Fund’s model is client-centred and addresses the holistic health needs of individuals and communities.