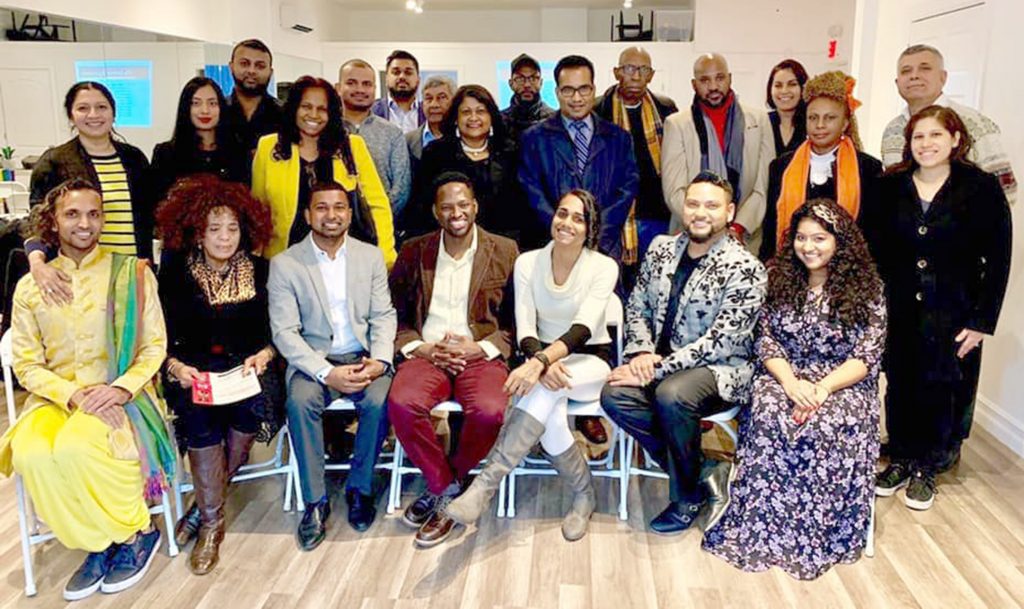 Guyana is the only country in South America where intimacy between a same-sex couple is still illegal. The statute on the books is antiquated as it originated from British colonial days. There could be a window to change this in the near future.

On Saturday, 5 January 2019, Richard David, District Leader of NYS Assembly District 32 hosted a conversation with Joel Earl Simpson, Founding and Managing Director of the Society against Sexual Orientation Discrimination (SASOD) at The Figure Studio in South Ozone Park. Titled “Equality in Guyana,” the event addressed specifically how equal rights can become an election issue in Guyana and how the diaspora can help to promote equal rights, even from afar.

“With elections on the horizon, we want the parties and their candidates to speak favourably about human rights and equality for LGBTQ Guyanese,” said David. “When they come to New York for support, we should be asking them for a plan, a timeframe, a clear position on this issue because they have both abandoned it once in office. This issue brings all ethnicities together, and it is why we have brought together a coalition of community leaders in New York.”

The event underscored the important roles that community-based organizations and religious institutions in New York City could play in bringing forward a progressive legal ruling in Guyana as it pertains to homophobic policies. As Joel Earl Simpson of SASOD mentioned at the event, if the statutory language were removed, Guyana would follow countries like India, which recently repealed Section 377 of its Constitution and the Republic of Trinidad and Tobago, which repealed its Sexual Offences Act, along with other countries like Kenya and Singapore.

David also sought to create a space where Guyanese residents in New York City could have community conversations about positive matters. At the event, David mentioned that the neighbourhood is “thriving with religious groups, clothing stores and cutting-edge entrepreneurs who are just out of college and looking to become small business owners. It is therefore important that the neighbourhood is understood and loved for all the great things it has to offer, rather than all the negativity often pitched by media outlets that blemish the community’s reputation”.

Inviting Simpson to South Ozone Park for a high-level conversation on Guyanese policy provided a chance for community leaders and concerned members of the diaspora to present questions and express support of Simpson’s efforts. Simpson himself has an illustrious background, with a Law Degree and a Master’s Degree in Human Rights Law.

David’s conversation with Simpson also paved the way for impacted individuals like Twinkle, also with SASOD, to tell their personal stories. Twinkle, who recently migrated from Guyana to New York City, is a transgender woman and hate crime victim who was denied access to the Guyana Court System simply because she presented as a transgender woman.

“Supporting work and activists on the ground has always been, for me, the key to building sustainable change,” said David. “There is no stronger leader than Joel Earl Simpson and SASOD who are at the grassroots. They are winning hearts and minds, even as they mobilize to take legal action. I hope all Guyanese will find it in their conscience that the LGBTQ community deserves to live as equal citizens.”