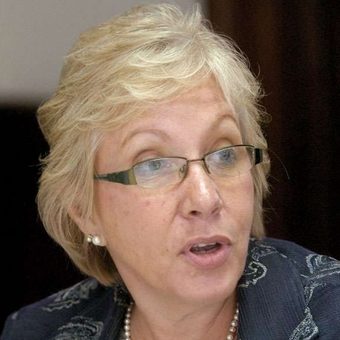 The Global Forum on MSM & HIV (MSMGF) announced that three members of The Consortium of MSM and Transgender Networks, Dr Carolyn Gomes, Simon Cazal, and Berry Nibogora, have been accepted to serve on the developing country NGO delegation to the Global Fund board.

Dr Carolyn Gomes is the Executive Director of Caribbean Vulnerable Communities (CVC), a PANCAP partner. Her work drives policy analysis, advocacy and resource mobilization to support services to vulnerable communities. Her organization, CVC, currently provides grants and technical support to a number of countries across the Caribbean islands and mainland territories.

Since its convening in 2013, The Consortium has reached communities of men who have sex with men, transgender people and other key populations in more than 60 countries worldwide, thanks in part to a grant provided by the Robert Carr Civil Society Network Fund (RCNF). Over the past two and a half years, members of The Consortium took aim at specific obstacles impeding meaningful engagement of men who have sex with men and transgender people in Global Fund processes at country level. Specifically, the Consortium increased community involvement of key populations in national AIDS planning processes and created direct links with Global Fund personnel. CVC led the development of the Jamaica Civil Society Forum that helped reform the CCM, including creating a civil society chair.

“We are very encouraged to see that the Global Fund is working to meaningfully include men who have sex with men and other community advocates in their programmes, policies, and funding initiatives,” said Dr George Ayala, Executive Director of The Global Forum on MSM & HIV (MSMGF). “We are proud to be a part of facilitating linkages between local advocates and global policy processes, ensuring that local needs continue to shape the global AIDS response.”

MSMGF stated that it is confident that the advocates’ experience, perspectives, and skills will greatly benefit both the Global Fund and key populations worldwide. MSMGF pledged support to their work on the delegation and wished all Global Fund NGO delegation members success in the work that lies ahead.