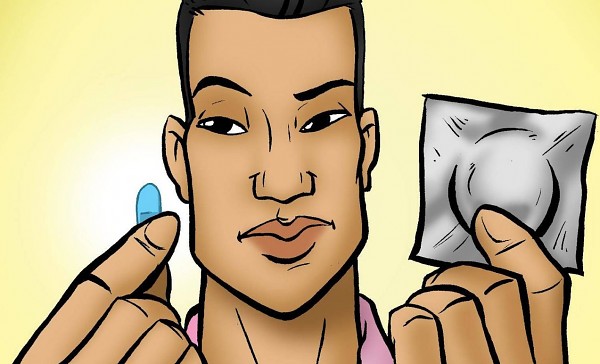 Case study: PrEP Trial Implementation in UKTrial study gathers evidence on how to optimise uptake and implementation of a PrEP programme on a large scale

Large-scale implementation of Pre-Exposure Prophylaxis (PrEP) in the region continues to be a topic of much debate.  Below is a description of the implementation of a trial PrEP programme in the United Kingdom which offers a wealth of knowledge on how to gather evidence on PrEP implementation.  The editor of the PANCAP Newsletter wishes to thank Dr Jacqueline Wilthire-Gay, National AIDS Programme Manager, Barbados, for sharing this case study.

(United Kingdom) The National Health Service Commissioning Board (NHS England) announced in 2017 that pre-exposure prophylaxis (PrEP) will be available through the NHS as part of a three-year trial. This announcement came a year and a day after an historic win for NAT (National AIDS Trust) at the High Court that confirmed the NHS’s legal ability to fund the drug, which stops people from getting HIV.

The trial provided PrEP to a minimum of 10,000 participants. Eligible participants for the trial were able to access PrEP through sexual health clinics and included men, women, transgender people, and individuals with HIV positive partners whose viral load is not known to be controlled by HIV medication.

The medical effectiveness of the drug in preventing HIV infection is clear and well established. The NHS is using the trial to gather evidence on how to optimise uptake and implementation of a PrEP programme on a large scale.

Deborah Gold, chief executive at NAT (National AIDS Trust) said: “We already know that PrEP brings down rates of HIV infection, changing lives for those at risk and saving public money. We now need to work with NHS England, local authorities, and the sexual health sector to make sure the widest possible range of eligible people at high risk of HIV have access to the trial. We will continue to monitor the uptake of PrEP, aiming to learn as much as possible about how to get PrEP to all those who need it most.

“This is a pivotal moment in the fight against HIV. PrEP, if targeted properly at those in need and at high risk of HIV, offers the possibility of transforming the English HIV epidemic. From September, people at high risk of HIV will have access via the NHS in England to an empowering new tool that is truly individual controlled and not subject to negotiation with a partner, leading to the improvement of many, many lives. We warmly welcome this announcement.”

Pre-Exposure Prophylaxis (PrEP) involves HIV negative people taking an antiretroviral drug to avoid getting HIV.
Multiple studies around the world have shown PrEP to be highly effective in reducing the risk of contracting HIV. The results of the PrOUD trial in England, released in 2015, prove that PrEP works and that concerns about it not working in a real-world setting were unfounded. Read more about the trial here: http://www.proud.mrc.ac.uk/

Most trials of PrEP and the US CDC Guidelines involve taking PrEP daily. A study in France, ANRS IPERGAY, has looked at the efficacy of PrEP when taken ‘on demand’, in other words not daily but only before and after sex. There was also significant preventive benefit shown in this trial.