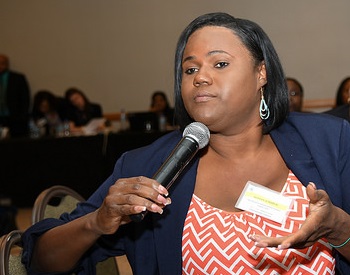 Burgeoning Caribbean movement to address the needs of transgender people takes HIV out of isolationUnited Caribbean Trans Network (UCTRANS) Chair, Alexus D’Marco discusses the changing landscape of the transgender community in the region.

According to one study, in Jamaica quarter of adolescent transgenders (27%) are living with HIV. In Guyana eight percent of transgender people tested positive. Yet there aren’t many other numbers with which to make the case. Very few countries in the sub-region regularly monitor the HIV epidemic among the transgender community. Transgender people and their concerns–from violence to lack of access to work–have long been hidden in the region. This is changing. This year, with support from the Caribbean Vulnerable Communities Coalition and the Global Network for Trans Women, the United Caribbean Trans Network (UCTRANS) was formed. Their mission is to build the capacity of transgender organizations and those working with trans people regionally while providing technical support to advance human rights, promote sexual and reproductive health, rights and wellbeing. UNAIDS asked UCTRANS Chair, Alexus D’Marco, about the organization and how it will position the issue of HIV.

Q: Transgender organizing is still absent or at the beginning stages in some Caribbean countries. What did it take to form a regional trans-network and why was it important to do so?
A: It took us coming together as transgender persons from different Caribbean countries, discussing our issues and identifying the challenges and concerns facing trans people throughout the Caribbean. It was really a process of consultations and dialogue that brought us to this point. The main issues we are going to address are access to justice, access to education and quality of life.

Q: What’s the importance of addressing all dimensions of transgender people’s lives through your advocacy rather than focusing on HIV?
A: The thing about it is a trans person’s life is just like any other person’s life. We are human beings. HIV is just a drop in the bucket. Without having an education the only thing many transgender people can resort to is sex work which puts them at risk of contracting HIV. So the support persons in our community need is not just around HIV. Many are homeless, with no education, no family structure, no food. This is the reality we have to address.

Q: What about the challenge of sensitizing the people of the Caribbean about what it means to be transgender?
A: We are on a mission to educate, to inform and to address the real issues the trans community faces. We have to start by explaining to the region what it means to be transgender. It means your brain wants to match your body. Your body may not be what your brain is telling you are. You know you are a woman without a shadow of a doubt. That is the trans person’s mind. When people tell you who they are you must believe them. Many confuse gender identity with sexual orientation. Sexual orientation is about who you are attracted to. Gender identity is who you are. Sexual identity is who you go to bed with as opposed to gender identity which is who you go to bed as. It’s not dressing up for a show or for entertainment. It is everyday existence as a human being.

Q: What is the top priority for the United Caribbean Trans Network?
A: It’s visibility and being included in all the conversations that include human beings. Don’t just put us in conversations about transgender issues… put us in conversations about access to justice, education, national development. We are human beings and we must come from a human rights standpoint. We have to have an honest and open conversation about this community. The conversation does not start with HIV. If I have HIV and I don’t have a meal to take my pill or a roof over my head to store medication or psychological support to discuss what I am going through, we are doing [HIV] work in vain. Those are the components that make up a full person and trans people are people.