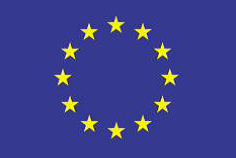 Belize National Faith Leaders ConsultationFaith leaders to establish the main goals for an inter-religious faith leaders network in Belize with emphasis on contributing toward the end of AIDS.

Thursday, 3 May 2018 (PANCAP Coordinating Unit, CARICOM Secretariat): The Pan-Caribbean Partnership against HIV and AIDS (PANCAP), with funding from the CARIFORUM 10th European Development Fund (EDF) Programme of Support for Wider Caribbean Cooperation, will host the Belize National Faith Leaders Consultation in Belize on the 10th May 2018.

The action plan will include the establishment of the main goals for an inter-religious faith leaders network in Belize with emphasis on contributing toward the end of AIDS; identification of the lessons learned for ending AIDS from faith leaders’ engagements with people living with HIV and with other groups such as parliamentarians, youth leaders, civil society and members of the church communities; challenges for developing a viable Faith Leaders Network and proposals for overcoming them; specific recommendations to achieve the goals of the inter-religious/faith leaders network; and priorities and timelines for achieving the goals of the Network.

In an invited comment, Coordinator of the consultation, Bishop Roosvelt Papouloute, (Belize Council of Churches) said that this consultation will be an opportunity for leaders from the different Christians denominations and other religious communities to come together to strengthen the response to HIV and AIDS, to raise awareness and educate the wider population about issues relating to HIV and AIDS. He encourages all those who have been invited to make every effort to attend.

PANCAP is a Caribbean regional partnership of governments, regional civil society organisations, regional institutions and organisations, bilateral and multilateral agencies and contributing donor partners which was established on 14 February 2001. PANCAP provides a structured and unified approach to the Caribbean’s response to the HIV epidemic, coordinates the response through the Caribbean Regional Strategic Framework on HIV and AIDS to maximise efficient use of resources and increase impact, mobilises resources and build capacity of partners.
– 10th European Development Fund (EDF) Programme of Support for Wider Caribbean Cooperation

The PANCAP Justice For All (JFA) Programme was established in September 2013 as a regional response to the UN High Level Political Declaration (June 2011) designed to reduce AIDS related stigma and discrimination. The objectives of the JFA Roadmap are: