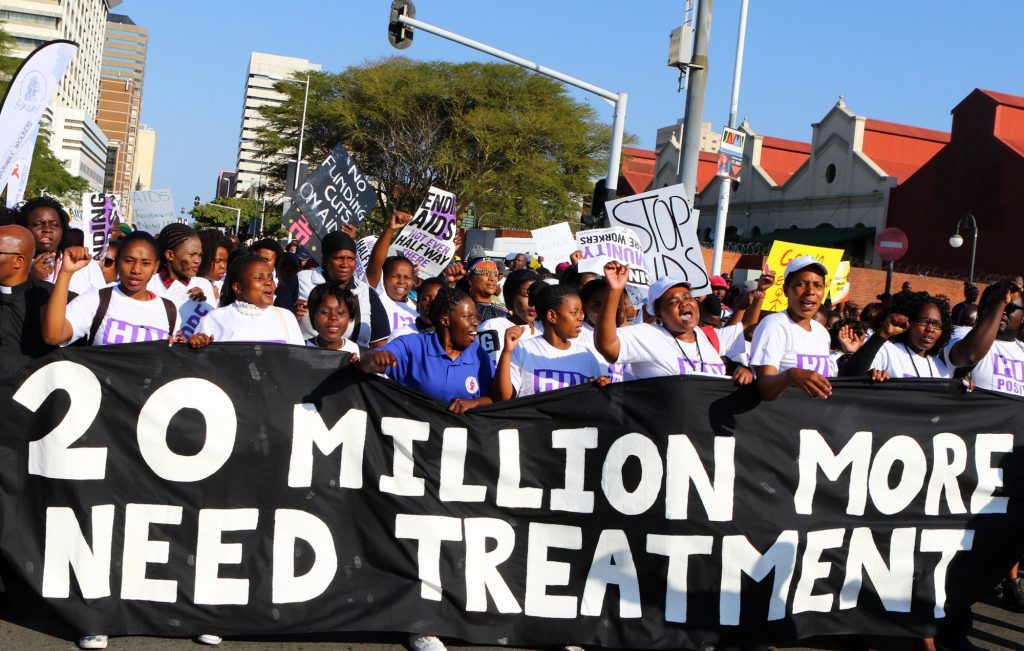 AIDS out of isolation — rights are for everyoneIssues of human rights have been at the centre of the AIDS response from the outset.

Rather than standing by and allowing increasing numbers of people to be denied services and dignity, the AIDS response utilized the power of health and human rights frameworks to leverage change. The AIDS response positioned the demand for access to HIV treatment as a right to health, showing that health services are not a privilege for the few but rather the right of everyone, regardless of their HIV status. Activists used laws and the courts to protect individual rights — when sex workers were being criminalized for carrying condoms, they took cases to court to defend the right of women to protect their own health. Communities of people living with HIV and people affected by HIV became very skilled at knowing and using the law to defend and protect themselves. Groups of people living with HIV were able to use the knowledge of their rights and the law to argue for access to new medicines. The success of the AIDS response established a path for people living with other conditions, such as diabetes, tuberculosis, hepatitis or cervical cancer, to raise their voices and demand services and
treatment.

Similarly, an older man living with HIV will focus on his right to quality health services. In addition to his antiretroviral therapy, he will also have concerns about ensuring that he is able to benefit from the highest attainable standards of treatment and care for older people. He may need services and treatment for hypertension and diabetes. As he is getting older and is not able to work or earn money to pay for food and housing, he will be concerned about his right to be treated with dignity and respect and to be protected from discrimination in his old age. He will be focused on ensuring that his right to safety and security is fulfilled.

People living with or affected by HIV are first and foremost people, with busy and diverse lives and needs. Like all people, their lives change and evolve throughout their life, and with those changes come evolving needs that focus on different aspects of the right to health.