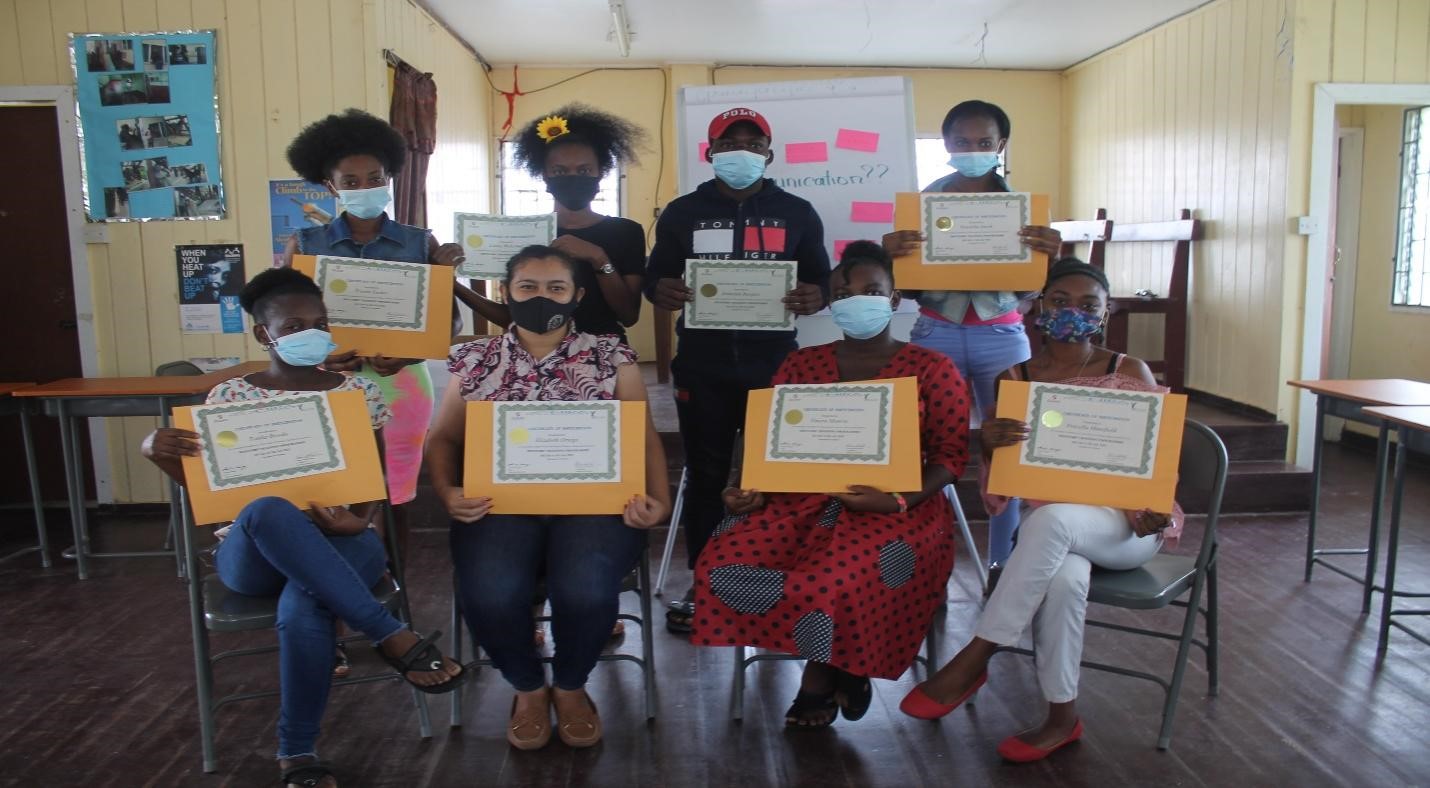 In 2021, the Guyana-based Anira Foundation (AF) continued to achieve its objectives despite the challenges encountered during the second year of the COVID-19 Pandemic.

With the support of Gilead Sciences Inc., in collaboration with the Spouses of CARICOM Leaders Action Network (SCLAN), the Foundation implemented a project aimed to reduce HIV infections and increase young people’s knowledge about Sexual and Reproductive Health and Rights (SRHR).

Speaking with the editor of the PANCAP Newsletter, Ms Sandra Granger, Founder and Chair, Former First Lady, Cooperative Republic of Guyana and PANCAP Champion, stated that she was proud of the work done to advance education on SRHR among young Guyanese.

The first phase was implemented in Sophia, Region 4 (Demerara/Mahaica).  The project team identified and engaged community leaders during several meetings and consultations to effectively conduct Training Workshops and mobilised members of the Sophia community to be trained as mentors.

The Project Team also planned and conducted, with trained facilitators, two Mentors’ Training Workshops.  In addition, they conducted follow-up work with peer educators and mentors in community-based awareness activities on SRHR and Gender-based Violence (GBV) so that they could make informed decisions about their health and the need to advocate for SRH services.  The team also commenced a Community Mapping activity of the area.

In addition, tools and documents were developed for the project, including a Code of Conduct and an Agreement for the Prevention of Sexual Exploitation and Abuse (PSEA).  These were designed and finalised following consultation with workshop participants.  The tools will be utilised throughout the project.

The Chair indicated that plans are progressing to continue the project in 2022 and reiterated the Foundation’s vision to educate and empower the most vulnerable sectors of our society.